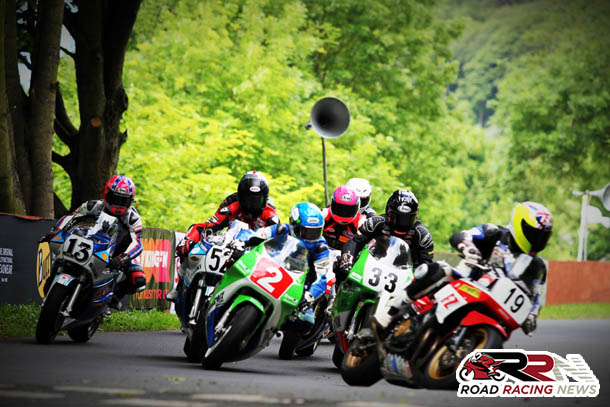 A truly wide ranging diverse entry has been received for the 2016 Barry Sheene Festival Powered by Suzuki.

One of the main highlights of the meeting, will be the re running of the Bob Smith Spring Cup.

Without a doubt the pre race favourite for spring cup success, is the undoubted current master of the mount, Dean Harrison.

Following his dominant of the Cock of The North meeting, Dean moved up to ten victories around the mount in 2016.

He’s won pretty much everything there is to win at Oliver’s Mount, apart from the spring cup, will this change this weekend on the Silicone Engineering Racing ZX10R Kawasaki? Many people believe it will, but there’s a top class field bidding for spring cup success. 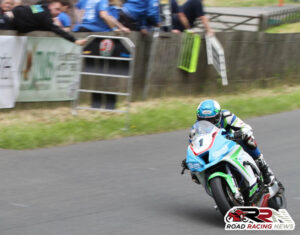 The firm favourite for victories in the super twin races, it wouldn’t surprise anyone if the 2014 Steve Henshaw international gold cup winner secures the spring cup title for the first time. 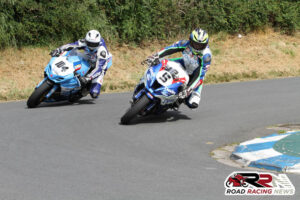 A contender as well for modern senior plus spring cup success, General Lee has the proven pace around the mount to wrap up series of victories.

A recent third place finisher in the superbike race at the Southern 100, don’t at all be surprised to see Dan wrap up his first victory at Scarborough, as he competes on the RTR Motorcycles Racing ZX6R/ZX10R Kawasaki’s.

James Cowton on the Cowton Racing by Radcliffe’s machines also cannot be discounted from sealing results of the highest quality. 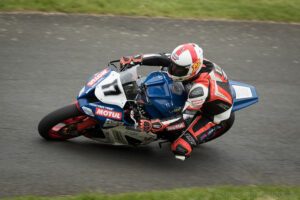 Further riders to watch out for in the superbike, supersport and super twin classes include Mark Goodings, Daley Mathison, Mick Goodings, Brad Vicars, Jamie Coward, Adam Child and Tom Weeden on his own teams 675 Daytona Triumph.

Prospective Manx Grand Prix newcomers Wayne Humble and Callum Ward are both ones to watch as are Rodger Wibberley and James Tadman. 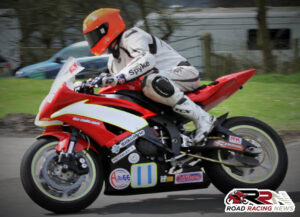 Craig Robertson competing for only the third at the mount, is quietly confident of notable finishes on his own teams ZX7R Kawasaki which is backed by Team 6t9, JL Graphics, Continental Tyres, A16 Road & Race, HiFibre, Tracktanium, Jackson’s Butchers and CMR Performance.

Craig would also like to add a get well soon message to his regular mechanic Dan Moss’s wife Viv. 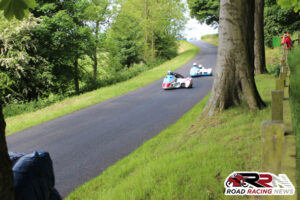 Alongside the anticipated top class races a plenty across the modern classes, there is also this weekend at Scarborough, world class classic racing in prospect.

In particular this will be the case in my opinion, in the Barry Sheene Trophy races.

Entrants include Dean Harrison who is aiming to secure the Barry Sheene trophy title, for the third year in a row.

As in recent years Dean will be competing on ZXR 750 Kawasaki machinery, although not officially announced the machine looks set to be run from the Silicone Engineering Racing stable.

Jamie Coward on the Mistral Racing ZXR 750 Kawasaki, has already this year enjoyed great success with Ian Harrison’s team winning at the Pre TT Classic Races and the Cock of The North Road Races. 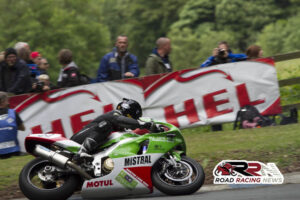 Returning to the mount for the first time the 2015 gold cup meeting, the Manxman whilst not considered at present a specialist at the iconic roads venue, has we all know the pace to be right at the front.

The 2016 Barry Sheene Festival Powered by Suzuki has the theme of something for every kind of pure road racing fan.

From modern racing to classic racing, to iconic machines on track plus motorcycling legends in attendance, it’s set to be a great event.

Barry Sheene’s 1976 and 1977 world championship winning Suzuki’s will be at Scarborough, as fans have the chance to get close to two of the most iconic machines in motorcycle racing history. 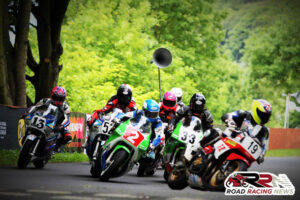 It’s very much a case of roll on the weekend, will Dean Harrison at last win the spring cup? Will we see a new Barry Sheene Trophy winner?

These questions and many more will be answered on Sunday, at the third Oliver’s Mount meet of the year, which has a schedule consisting of 22 races.