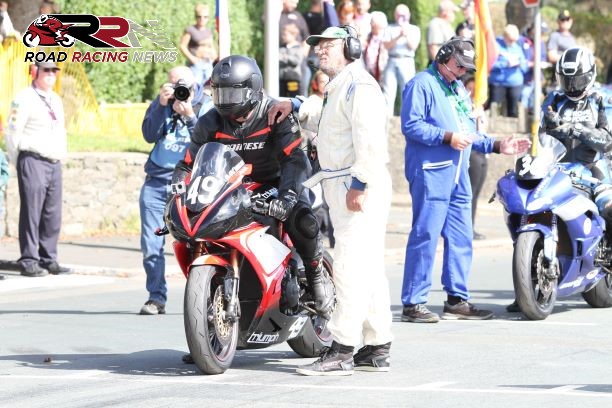 Overall six times a top 45 MGP finisher, Jason Brewster who placed a very creditable 12th in the Newcomers A encounter of 2011, is the next racer to take part in Road Racing News rising in popularity, Manx GP Top 6 series.

35th within the Senior Manx from 2017, finishing in front of event stalwarts such as Andy McPherson, Leon Murphy and Shaun Evans, his answers to the Mountain Course themed set of questions are as follows:

“My first thought was where the hell am I? The course is so much faster on closed roads, your brain struggles to keep up and process the information it is being fed.

“The best was my Triumph 675 which pulled my considerable bulk round to my fastest lap. So easy to ride.

But most memorable would have to go to the GSXR600 (Suzuki) a friend lent to me so I could enter the Junior in 2015. I only owned a GSXR750 which wasn’t eligible for the Junior. I managed to wreck it at the Gooseneck on the second lap of the race and ended up buying the bike off him.”

“Very difficult question. The Manx makes so many memories. Sucking on a beer after evening practice whilst watching the on-board video was always a very satisfying feeling.”

“Another very difficult question. I love the Manx as an event because of the people taking part in it. Some very down to earth people doing some extraordinary things.” 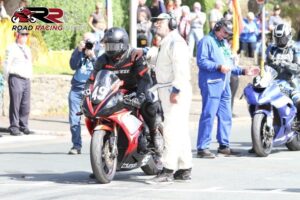 “Peerless. I don’t care what anyone says, nothing else comes close.”

“I started going to the TT in the late 80s so that era holds some amazing memories for me. Some of the manufacturers were sending some pretty exotic stuff to the Island at that time. I think a Honda RVF would be pretty special.”