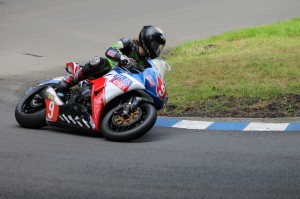 Ivan Lintin had a top all round cock of the north road races. Ivan winner of 2014 TT privateers championship began the two day meeting at Oliver’s Mount with second place in opening senior A race.

Second super twin would prove to be arguably the best race at 2014 cock of the north road races as Ivan and Dean Harrison where only separated by 0.1 of a second at the end of the eight lap race as Ivan recorded second place finish on Tigcraft Kawasaki.

Senior race A final would see Ivan maintain second position throughout to the checkered flag on Taylor Lindsey racing CBR 1000 Honda Fireblade. Third super twin race of the weekend would provide Ivan with a well earned race win after another excellent battle with Dean Harrison. 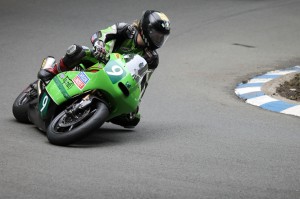 Fourth super twin race saw Ivan acquire his second win of the day around Oliver’s Mount after another great performance on Tigcraft Kawasaki. Its not long now till the 2014 Ulster Grand Prix where Ivan will be looking for top results across all classes on Taylor Lindsey racing Honda’s and Mckinstry racing ER6 Kawasaki.