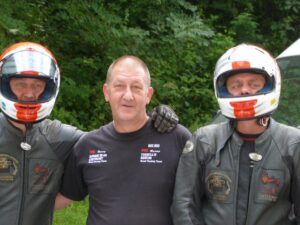 Conrad Harrison achieved a hat trick of wins at cock of the north road races. Opening sidecar race saw Conrad starting from pole position gain a brilliant start leading into Mere Hairpin, from here the 2014 sidecar TT champion pulled out a big lead as he went onto secure his first win around Oliver’s Mount this year.

Conrad and Lee Patterson on Printing roller services backed outfit made it a double victory at cock of the north road races with sidecar race 2 win following another top performance. 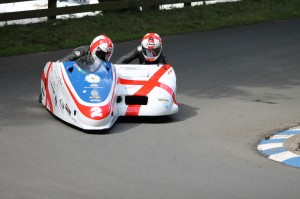 Third sidecar race would prove to be a tough one for Conrad and Lee, they lead throughout but in closing laps came under big pressure from Ian Bell/Carl Bell, at the checkered flag Conrad achieved race victory by 0.05 of a second.

2014 has being a remarkable year for Conrad Harrison, achieving his first ever TT win, sidecar championship victory at TT 2014, solo championship win at Southern 100 and now hat trick of wins at cock of the north road races.