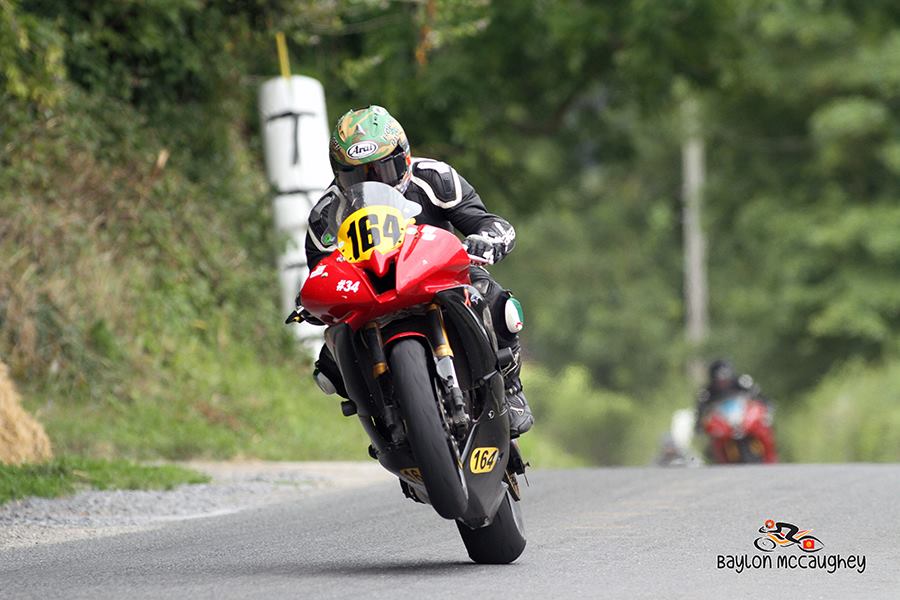 “Tandragee for the flow of the place, Faugheen for the insanity of the run down to the church.”

“Has to be my R6 Yamaha, because of our history together.”

“The buzz of racing shoulder to shoulder with your friends between the hedges. Nothing like it, and meeting up with your buddy’s in the paddock and having a laugh.”

“This is a hard one. I love the Ulster GP but I’d love to race the TT.”

“Have to respect Ben Mullane for still being able to switch it on when he wants to. But I’ve huge respect for every one who gets out there and does their best on their machine.” 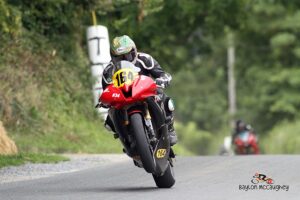 “Best moment is probably the day I won the Senior Support race at Faugheen in 2015, with 2 friends on the podium. Darryl tweed 2nd and my good friend Stephen Casey finished 3rd after starting last.”

“I’d love to see a road race back in Cork. But in particular Kinsale or Clonakilty where my dad took me to my first road race. Every one wants a road race in their home town I reckon.”

“There are loads. Mike Hailwood. The Dunlop’s, and I have huge admiration for Peter Hickman. Derek Sheils is the man too infairness.”

“I’ve never raced a Superbike, so it has to be Supersport.”