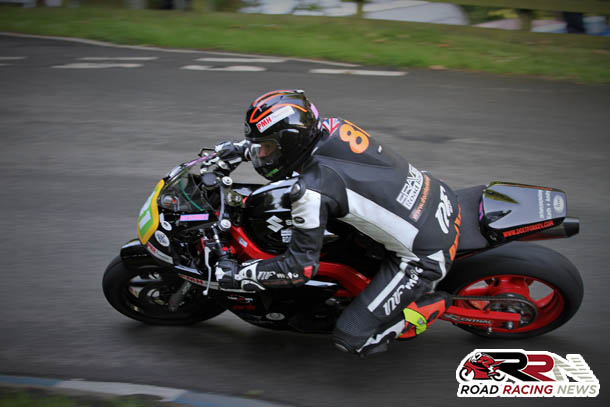 Regarded as one of the fastest up coming stars of Oliver’s Mount, East Yorkshireman Owen Graves is the next rider to take part in Road Racing News, ten questions challenge.

10th in last years Dundrod 150 National race, his answers to the popular series of questions, are as follows:

“Definitely Scarborough! It was the first road race that I did, and after watching my dad there for years, I couldn’t wait to get there and do it for myself.”

“Best part is obviously the adrenaline, the rush you get flying past trees and grass banking, kerbs just crazy really, but it’s what makes the whole thing so enjoyable.

But also have to say it still surprises me how many people come and watch! You see people sticking out of all sorts of places, it’s mad.”

“Ulster’s the only one I’ve done and it was the best thing I’ve ever done! There’s no better feeling doing about 160 mph + on a open road, that’s someone’s kindly shut for our pleasure! It’s an unbelievable place (Dundrod) and cannot wait to return again with PRB Racing.” 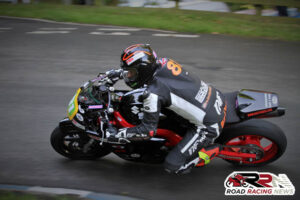 “Most respected rival isn’t just a rival when it’s your dad! He’s the first person you need to beat so you can have bragging rights in the pub on the night!

To be honest I’m one of the lucky ones that have such a great father/son relationship, even when where absolutely hammering one another on the CB500’s round Scarborough and Cadwell, not giving each other an inch to work with!

It’s hilarious being out there doing it must be just as funny to watch, so yeah my dad most definitely.”

“Best roads moment so far, hard one there’s been some great moments.

But probably starting from the back of the grid at Scarborough Gold Cup in 2016, behind the great John McGuinness and to the right of Michael Dunlop on the grid! That’ll stick with me forever and not many people can say that!”

“Near were I live in Hedon there’s some ace back roads all the way to Withernsea, Hornsea and it’s right in the sticks, it’s fast enough in me van! But would love to race somewhere like that!”

“Racing hero hands down Ian Hutchinson, just a brilliant racer, so focused and committed, certainly someone to aspire to be.”

“Supersport, it’s the only one I’ve raced, but think I need to go the gym and get a bit stronger, if I’m gonna tackle a 1000 anytime soon!”

“Fastest lap probably, just a good feeling knowing that you was the fastest in the race, whether you won or not!”