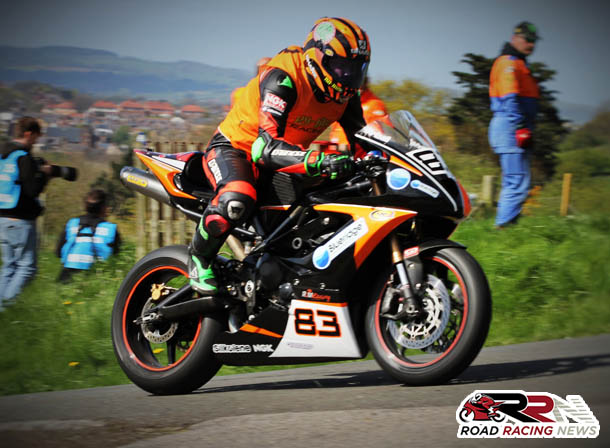 Piloting the KY-JAX Racing 675 Daytona Triumph, it was a case of steady away in learning the tight and twisty roads of Scarborough, with damp conditions last Saturday, embarked upon the mount.

Race action began with a very respectable 14th in the opening Junior B race, this was backed up by an extremely creditable 12th in the second Solo Open B encounter. 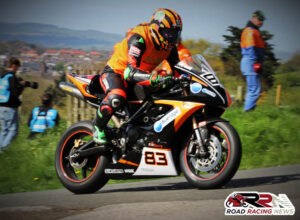 Providing his thoughts, on his first venture within the roads scene at Scarborough, Ben said:

“I started the weekend with an open mind expecting a steep learning curve, my first time turning the wheels of the KY-JAX Racing Triumph 675 on the course was in the wet in the morning practice laps which made things in qualifying and the first junior race really exciting.

I made a poor choice of tyres in qualifying which placed me near the back of the grid in 22nd place, though this just made me more keen to dig in and move forward.

I got a reasonable start and made up a few more places during the first race to finally finish 14th, which meant I was to move up the grid for the start of the second junior race on the Sunday.

Come Sunday i made a few changes to the bike settings in morning practice, and felt confident and ready to try to move up the field in race 2, however an electrical failure during the warm up lap prevented me starting the junior race, which obviously gutted me.

After talking to Charlie and Eddie who run the event, we managed to get a place at the back of the grid in the open solos race, so at least we still had a chance to see what we could do.

I started in 24th position on the grid and after having some great battles and riding with elbows out I managed to get to finish 12th and also broke the 2 minute mark with my lap times which I’m really pleased with considering the day we had.

So all in all great weekend and cant wait to get back there in June.”

Adding about his future roads plans, which include taking in the Manx Grand Prix in 2018, he stated:

“The experience was great and a lot different to short circuits.

My plan for the rest of the year is continue with Oliver’s Mount, I’ve also entered the southern 100 in July and Aberdare park, to gain more road racing experience with the goal of taking part in the Manx GP in 2018 and hopefully the TT.

I couldn’t have done it without my sponsors KY-JAX Racing, Blueridge Ltd, Hemmings Haulage, MCA Leicester.”