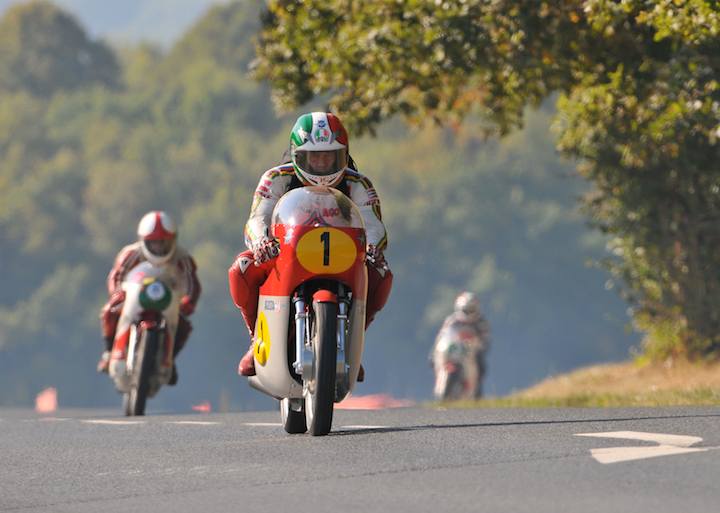 Over four years ago, I put together the following article detailing the courses’ rich, prestigious two wheel racing history.

First established in 1926, the ultra fast roads course, was famous for producing many a thrilling slip stream battle, due to it’s long straights.

Perhaps more known for four wheeled action, the circuit held the French round of the Moto GP world championship from 1954 to 1955.

In those two years, legendary names a plenty competed at the 8.301 kilometres long roads venue.

Amongst them includes six times TT winner and five times world champion, Geoff Duke. In 1955 Geoff won the 500cc race at Reims-Gueux, by in excess of over two minutes over nearest challenger Italy’s Libero Liberati. 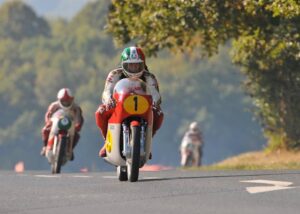 Race action at Reims-Gueux concluded in 1972, after forty plus years of staging high level motorsport competition.

Since then their has been some revival weekends, which have seen a wide ranging variety of historic four and two wheeled machinery take to the iconic circuit, including ten times TT winner Giacomo Agostini aboard his customary MV Agusta mount. 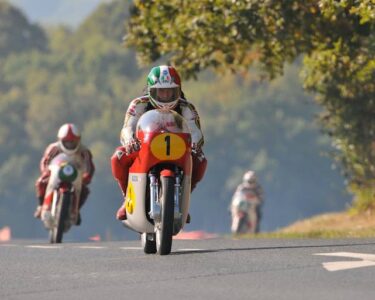