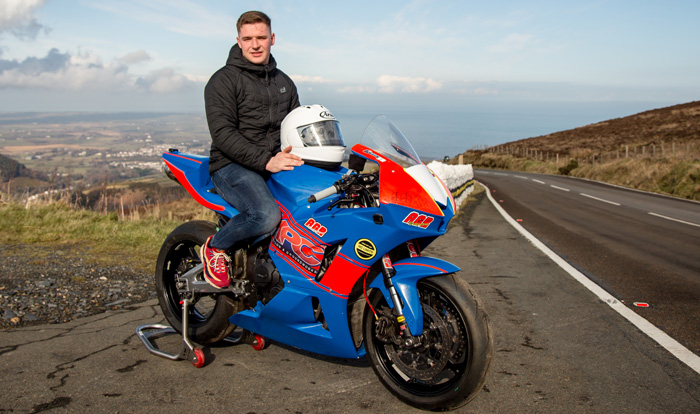 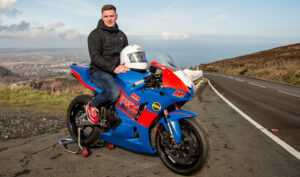 Additionally set to sample the Bennetts Lightweight race, there’s no doubt that he has the talent, aptitude, determination to gave a strong account of himself at his nations showpiece sporting event.

Commenting about his first foray into International roads competition, he stated:

“Competing at the TT is something I’ve always wanted to do and with the racing I’ve done already, I now feel that the time is right to make my debut.

I like the idea of being out on the course on my own and doing my own thing, rather than being close to other riders in a mass start road race, so I’m looking forward to getting out on track and building up my experience.”

“Obviously, I know the circuit well through living on the island and am always on some part of the circuit through work but, at the same time, I’m well aware it will be totally different once I’m out on the bike on closed roads.

Whilst I’ve been riding a 1000cc Suzuki up at Jurby, I feel the Supersport and Lightweight classes are the best ones to make my debut on.

I’m only 22 so there’s no rush to get on the big bike and am simply looking to make the most of the track time available and constantly improve during the course of the fortnight.”