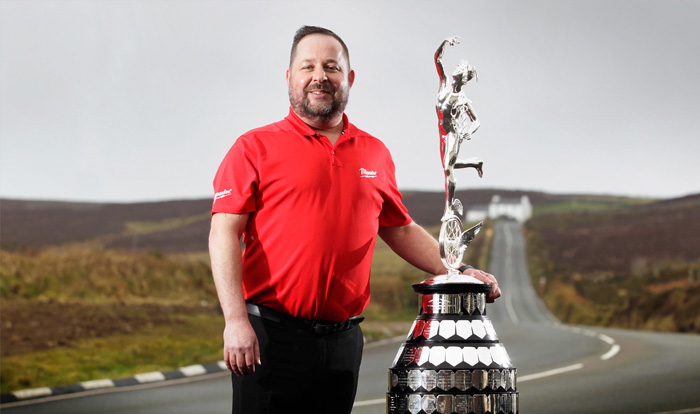 Prominent tools manufacturer Milwaukee will have the honour this year of providing title sponsorship for the blue riband race, the power and the glory, the unrivalled Senior TT.

First founded in 1924, Milwaukee which has it’s headquarters in America, is probably best known to two wheel racing fans for their support in recent times of the SMR (Shaun Muir Racing) squad.

Taking over from Dunlop in taking on the Senior TT sponsorship reins, Milwaukee are fully aware of the exposure you can gain from an event as historic, famous, popular as the TT Races and delighted to be increasing their involvement in the Isle of Man’s showpiece sporting event.

At a glance just some of the leading rider/team combinations set to be battle it out this June for Milwaukee Senior TT glory include: