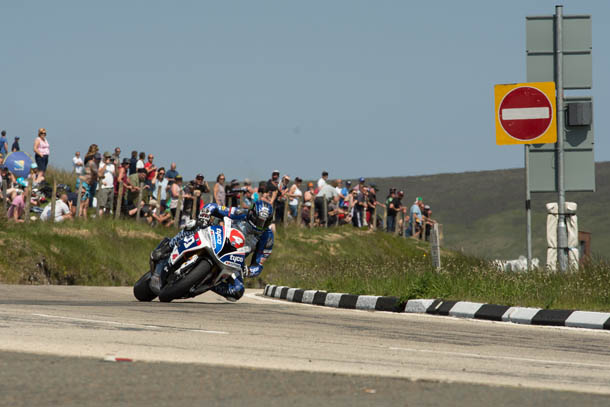 Newest of the very exclusive 132 mph club, is Peter Hickman who lapped at 132.465 mph, on the final lap of the RST Superbike race, on his way to fourth place finish on the JG Speedfit ZX10R Kawasaki.

Riders to lap for first time in excess of 125 mph include Michael Sweeney, David Sellers, Dominic Herbertson and Derek Sheils.

Aki Aalto’s podium finish in the opening Sure sidecar race, is the best result to date by a competitor from Finland at the TT Races.

For the first time since 2011, the TT 2016 entry saw no factory Yamaha presence.

There was only seven starters for the SES TT Zero race, the lowest amount of starters for a TT Race, since the 1907 twin cylinder TT, won by Rem Fowler.

Valvoline Racing by Padgetts Motorcycles lead the Honda challenge in both Monster Energy supersport races, Conor Cummins finished an excellent fourth in the opening supersport race, whilst Bruce Anstey fifth in the second 600 encounter, battled through the pain barrier.

For the third lightweight TT in a row, a Paton finished in the top six, Stefano Bonetti competing for CCM Motorsport, finished a fine fifth.

Jochem Van Den Hoek and Olaf Romijn who both made impressive TT debut’s, where the first riders from the Netherlands to compete at the world’s greatest road race, since Branko Srdanov made his TT debut in 2013.

Mark Miller’s 23rd place finish in the Royal London 360 Quantum Superstock TT, is the best by a Buell mounted rider at the TT Races, since the famous manufacturer first took to TT competition in 2014.

Out of the 53 finishers, in the Royal London 360 Quantum Superstock TT, only one of the finishers was competing on Yamaha machinery, Julien Toniutti 41st.

The only rider to finish on the podium in every race he competed in at TT 2016, was Ian Hutchinson, supersport/superstock winner, runner up in the RST Superbike and Pokerstars Senior TT races.