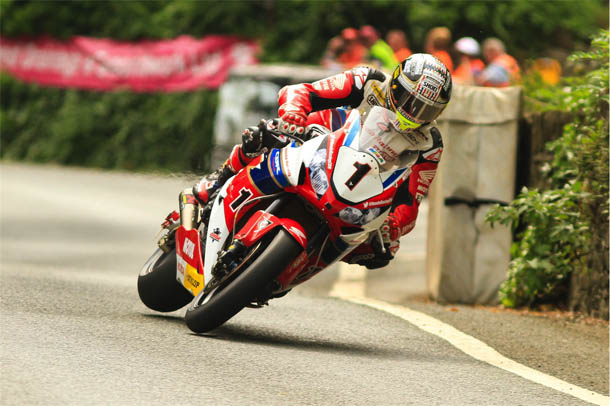 With the weather been absolutely stunning for the whole of practice week, everyone knew the RST Superbike race, was going to be not just a quick one, but also a record breaking six lap race.

This would prove the case, as Michael Dunlop became the first rider around the Mountain Course to lap in excess of 133 mph, John McGuinness meanwhile on his trusty Honda Racing superbike, finished third.

The TT hero was delighted at securing yet another podium finish, at the most famous road race in the world.

Next up was the Royal London 360 Quantum Superstock race. Despite been at least 15 break horsepower down on the BMW’s and Kawasaki’s, he held throughout fourth position, before eventually finishing sixth on his own teams Honda backed by EMC2 and Bet Victor.

Retirement in the second Monster Energy Supersport followed, whilst further disappointment was in prospect in the SES TT Zero race, as John early race leader, by Ramsey Hairpin had encountered technical issues with his Shinden Go Mugen.

Eventually solving the problems, he went onto finish fourth, this was though obviously, not the result that he was looking for.

The blue riband Pokerstars senior TT, ended TT 2016 on a positive note for one of pure road racing’s all time greats, finishing third following another top quality display on the Honda Racing superbike.

Already looking towards TT 2017, John is looking forward to seeing how competitive the new CBR 1000 Honda Fireblade will be around the Mountain Course.

In his own words, he has nothing left to prove, but the target of the legendary Joey Dunlop’s all time TT wins record, remains well within his grasp.

Like many if John breaks Joey’s record of 26 TT victories, in my opinion I hope he breaks the record via superbike, supersport, lightweight and senior wins, and not by electric bike victories.

Michael Dunlop and Ian Hutchinson have raised the bar at this years TT Races, pushing the pace up another level, lapping both in excess of 133 mph. 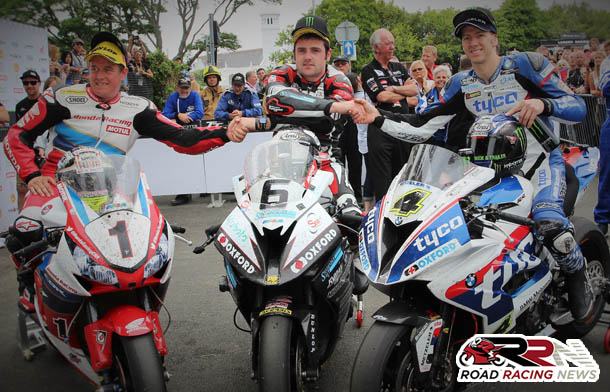 Now established in my opinion as the ones to beat at the Isle of Man TT, it’s going to be a big challenge for John to beat his illustrious counterparts next year.

But if anyone can, the rider who set the first 130 mph in the 2007 senior TT, would not surprise anyone if he claims many a big bike win or two in the future, at the world’s greatest road race, he’s not finished yet.