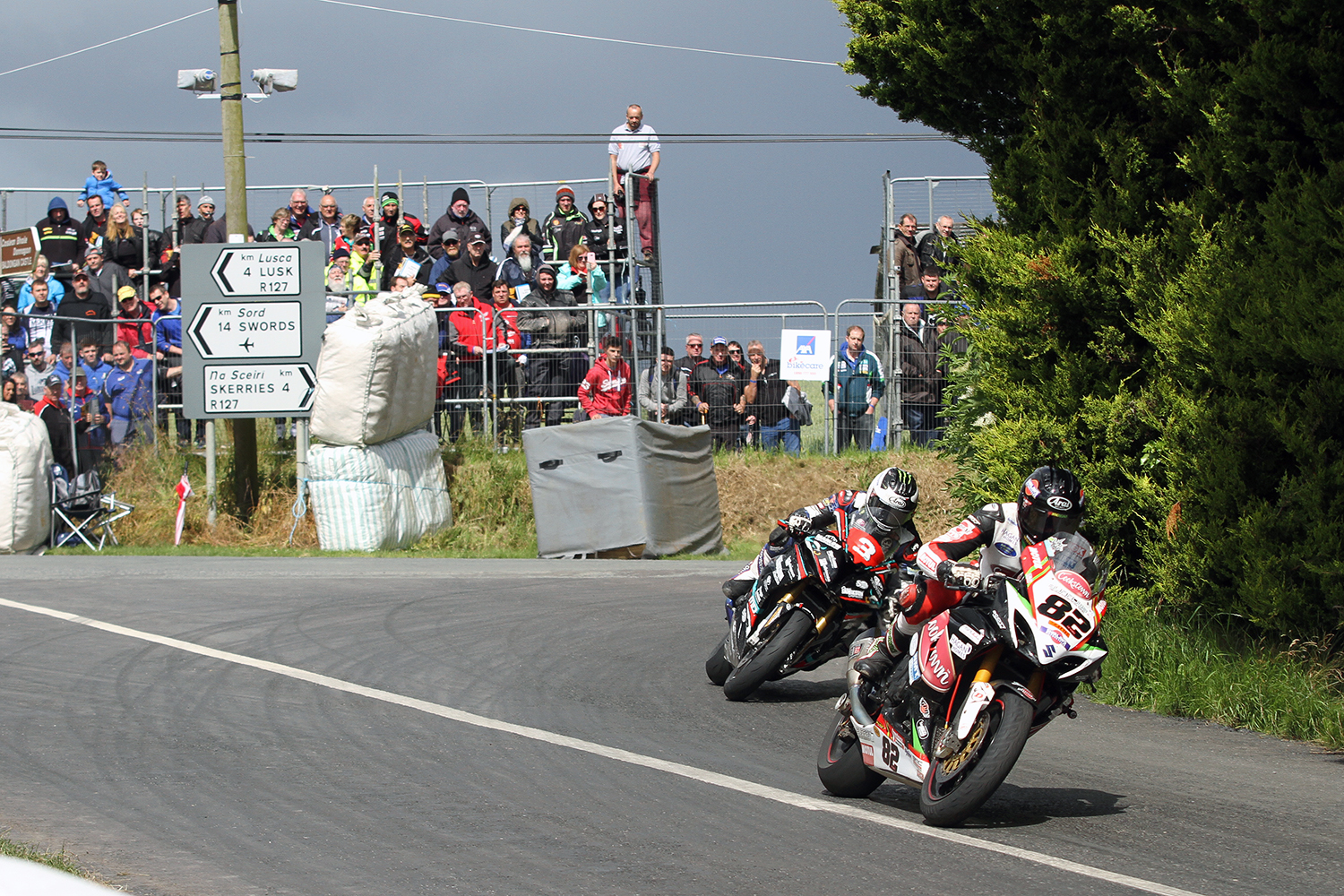 Starting from pole position in the open race, Derek quickly slotted into race lead, by mid race he was well and truly in command on the Cookstown BE Racing GSX-R 1000 Suzuki.

In the closing laps, the 2013 Irish road race superbike champion, was starting to come under pressure from 13 times TT winner Michael Dunlop.

By the end of the eight lap race, Michael surged to the front to secure race victory by half a second over Derek.

Although there was the obvious disappointment of not winning, it was still a top class performance from one of pure road racing’s most in form riders.

The rest of the Skerries meeting, proved highly productive with fourth and second place finishes, recorded in the supersport and super twin races, following series of highly accomplished display’s on the Cookstown BE Racing CBR 600 Honda and ER6 Kawasaki.

Commenting, on a Skerries meet which yielded high quality results a plenty for his team, Cookstown BE Racing team owner John Burrows said:

“Derek might have been able to take the Superbike win if he hadn’t eased his pace at mid distance and if the GSXR had been fitted with full slicks. However, conditions were constantly changing and it dried up quickly and Michael Dunlop took full advantage.

Still, it’s no disgrace to finish behind the Isle of Man TT lap record holder and second place keeps us well on course for the Irish Superbike title which is very important.

Derek is also in a strong position in the Super Twins title race so at the end of the season it’s possible that we will have a double title success to celebrate.

However, there are other good riders in with a shout so we know we have to focus hard in every race ahead. Derek’s fourth in the Supersport race was actually the most pleasing result of the day for me.

Derek doesn’t really consider himself a Supersport front runner but to finish only four seconds down on Supersport expert William Dunlop is some going in my opinion.

Next weekend Derek will be in action at Walderstown and I expect him to feature in all the classes he contests.”