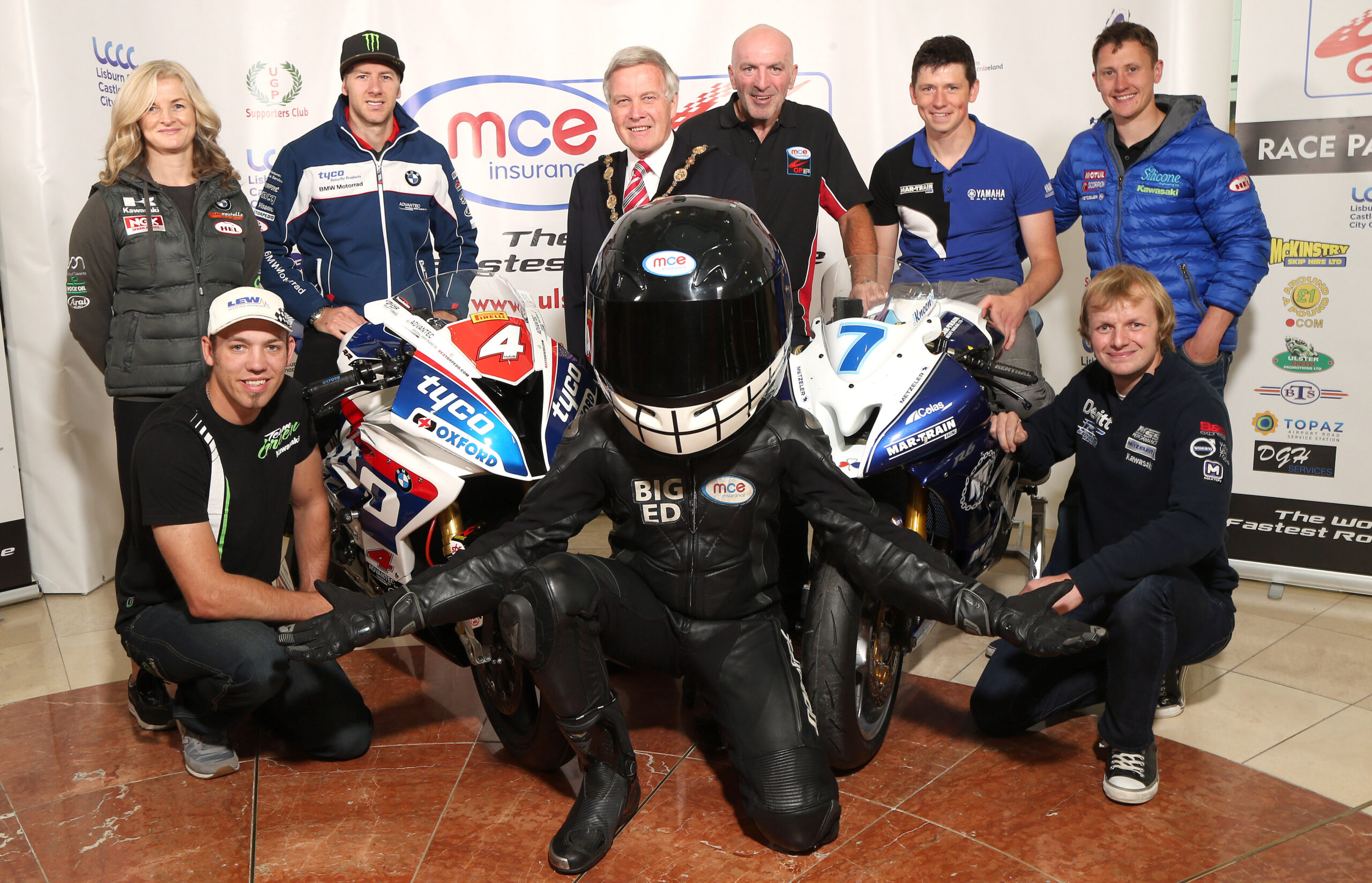 Their battles at TT 2016, have captured the imagination of pure road racing fans, more great duels between the BMW Motorrad mounted riders, is anticipated at Dundrod.

“I think everyone is excited at the thought of another battle between Hutchy and Michael, but the big difference at Dundrod is that it’s a mass start so there are no corrected times, just racing at its absolute closest.

I don’t think they’ll have it all their own way however, as there are a number of fast riders on the grid who I’m sure will be ready to challenge.

Dean Harrison is one, as he really seems to have found his form this season with the Silicone Engineering squad, while Peter Hickman could add to his sensational Superbike win from last year.

Lee Johnston too, after his performance here last year, will be another hoping to extend his winning run at the Ulster.

He’s always popular with the fans and real character both on and off the track, and then of course there’s Guy Martin.

We’re hoping that Guy will be back at the Ulster once again this August, and while he might be short on track time this season you could never bet against him at Dundrod, as he’s enjoyed so many great races here before.” 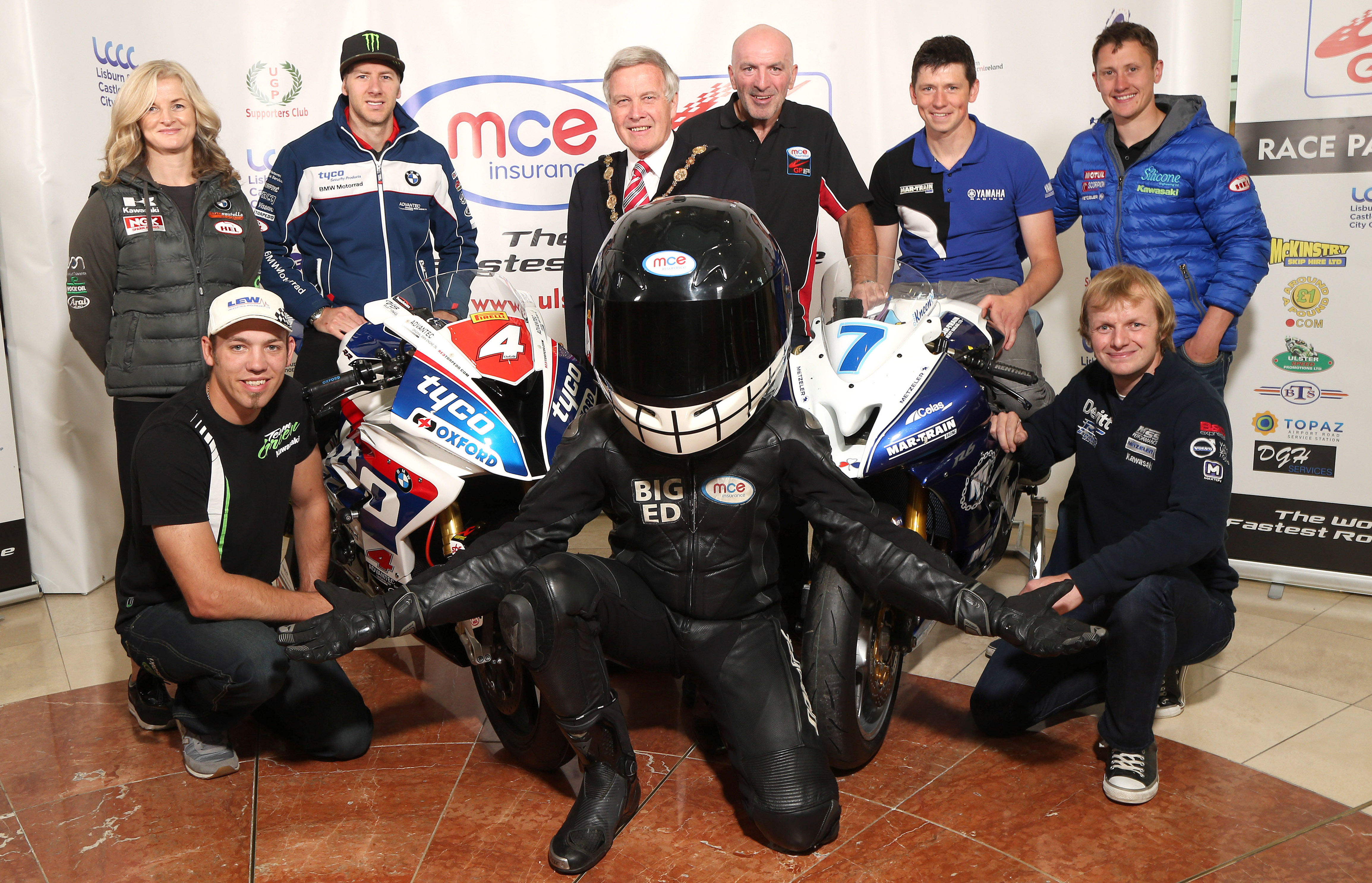 Peter said: “I can’t wait to get to the Ulster, and if the weather is good I can see the lap record going. It’s a special place for me, the scene of my first international road race win and to add another to the tally would be fantastic.”

“I had a great TT and am very much hoping to get back on the top step at Dundrod and if the form on the Isle of Man is anything to go by it’s going to be a brilliant event.

I’m looking forward to the super pole session, it’s going to be interesting. It’ll put the pressure on but it’s great to see something new like that coming to road racing.”

“On behalf of the Council I would like to take this opportunity to publicly thank all the riders, teams and visitors for being part of the 2016 MCE UGP, whether it be their first time or they are once again returning to the world’s fastest road race.

It is fantastic to have the Ulster Grand Prix within the Council area. This annual event in Dundrod attracts thousands and I hope that each and every one of them enjoys the sights and facilities the area has to offer.”

“I would like to thank the Dundrod and District Motorcycle Club for its continued promotion of this impressive road race; and I hope the weather is favourable throughout the course of Bike Week.

In recent months the Club members have been working hard to prepare the circuit and pits area for both riders and visitors with plenty more planned in the run up to the event next month.

The Council is delighted to be a sponsor of the UGP, to support this international event; and congratulates the Club on its efforts on continually working to improve the facilities, safety measures and increase visitor numbers. It wishes everyone a successful and safe MCE Ulster Grand Prix 2016.”

Commenting on multiple aspects of the 2016 Ulster Grand Prix, Clerk of The Course, Noel Johnston said:

“There’s a brilliant line-up of events in store once again during Bike Week; from quizzes to live music and opportunities to meet the riders, there will be no shortage of entertainment – the legendary atmosphere and ‘craic’ is not to be missed.

I’d like to thank all of our sponsors for their support, particularly MCE Insurance, our title sponsor, Plant Lubrication NI, the title sponsor of the Dundrod 150 and our event partners Lisburn & Castlereagh City Council.

Tourism NI, TBF Thompson – Hitachi, as well as the fantastic support we receive from the UGP Supporters Club. Not to mention all of our race sponsors, volunteers and fans.

It couldn’t happen without the collaboration of each and every one of you.”