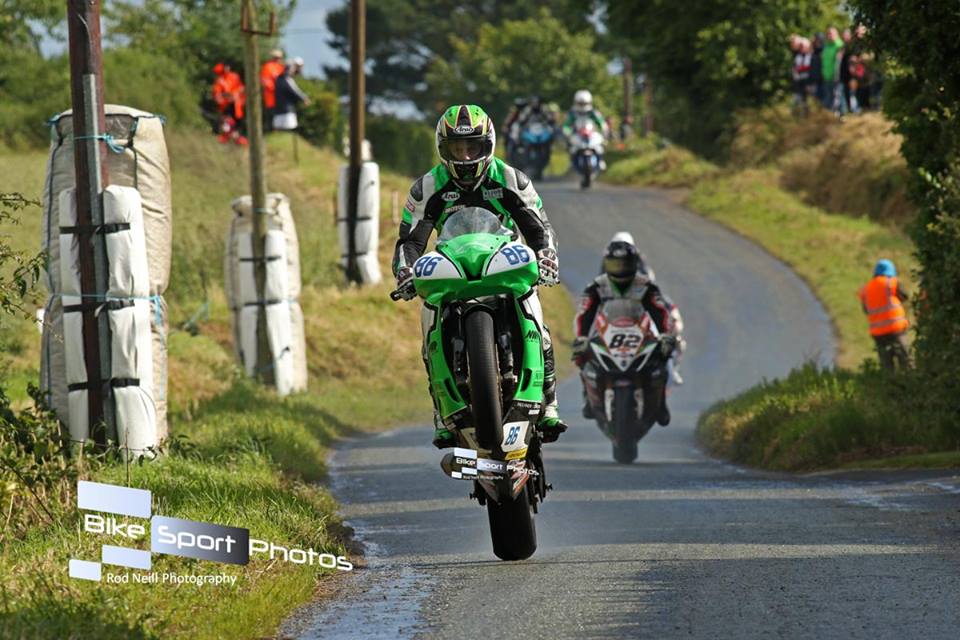 The open race saw Derek throughout hold fourth, before making a mistake at Finnegan’s Corner, in the end he went onto finish sixth on the Noel Williamson Racing S1000RR BMW.

Next up was the feature supersport race, showcasing his proven 600 prowess, he was embroiled in a race long duel with William Dunlop.

At the end of a great battle, Derek finished second just 0.3 off sealing race victory, on the NJ Doyne backed YZF R6 Yamaha.

Happy with his results from Skerries, Derek said on his Facebook page on Saturday evening:

Started off with the first open race on the NW Racing BMW and was running fourth till I missed a gear and out broke into Finnegans Corner and dropped back to 6th!

Next up was the Supersport on my NJ Doyne R6 really enjoyed that race with William and came 2nd.

Fair play to Roddy Hayes after building a cracking engine for 600! after that we were on the 125 it was a really wet race but got a really good start and into first and had good battle with Adam all race long and finished 2nd.

Can’t thank Gary Dunlop enough for giving me a great bike! thanks very much to all of my loyal sponsors and my great team wouldn’t be racing without yee, roll on Walderstown #86.”