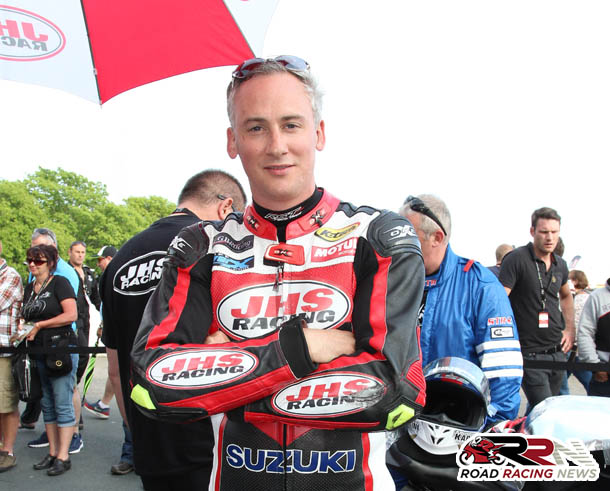 2010 Senior Manx GP winner Michael Russell remains with JHS Racing, for his Lightweight race challenge at TT 2017, as both rider and team target at least a top five finish.

Last years Lightweight TT, brought frustrations a plenty for the two times Manx GP winner. Confident in the potential of the JHS SV 650 Suzuki, Michael firmly believes he can be in the mix in June, for a standout result. 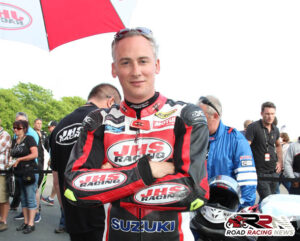 Proven on Super Twins machinery around the Mountain Course, he has the roads craft, pace and determination to go onto provide Suzuki with their best result to date in the Lightweight class, at the TT Races.

Speaking about his new deal with JHS Racing, Michael said:

“James at JHS has been working tirelessly since the end of 2016 developing the Suzuki twin ironing out reliability issues, finding more horse power and working on upgrading aerodynamics.

He is putting 110% effort into the 2017 season and I am certainly going to do the same coming into this season lighter, stronger and fitter.

James is giving his all as we head into a new season and we have been in continual talks and he has kept me abreast of developments, improvements and fault finding.

I am extremely pleased to be aboard the JHS machine in 2017 and astounded by James and the teams work ethic at the workshop in Bristol.

Bike testing is commencing at the end of the month but although I won’t see the bike till my return from operations with the RAF in March, I and more confident we have taken steps in the right direction.”

Adding that he is targeting success in the Privateers championship at TT 2017, a board his own teams brand new ZX10R Kawasaki, he stated:

“Certainly aiming for the TT privateers championship is my main goal for this year aboard my new Kawasaki ZX10r, and I am confident running top Suzuki machinery and pushing for top a 5 finish is not off the cards at the TT.”