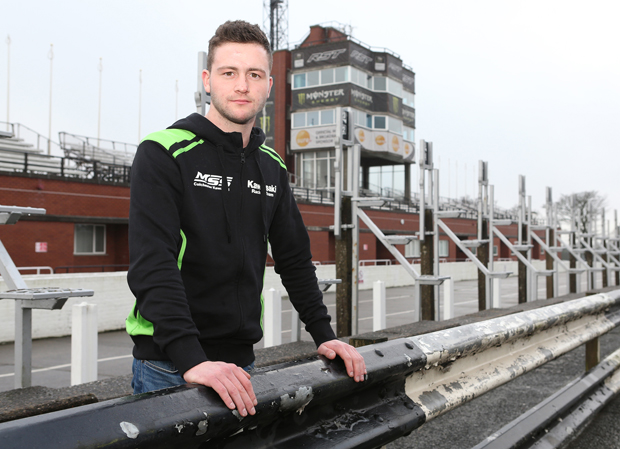 Rising roads star Adam McLean has confirmed that MSS Kawasaki, will be running him during his maiden Mountain Course campaign, at TT 2017.

Last year saw him impress many in his first roads outing on the Isle of Man, as he made an impressive Southern 100 debut, wrapping up series of highly creditable results.

A prominent exponent of the 125, Moto 3 and Super Twins classes, Adam has the undoubted talent to in years to come become a front running force in the hugely competitive Supersport class.

Alongside his TT debut, his planned roads schedule with MSS Kawasaki includes making his North West 200 debut, returning to the world’s fastest road race the Ulster Grand Prix, competition at the Southern 100 and taking in selected Oliver’s Mount and Irish national meeting’s.

Looking towards TT 2017, as with every road racer, competing for the first time at the Isle of Man TT, is an exciting but also challenging prospect. 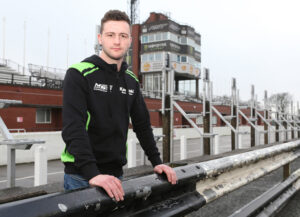 Eagerly awaiting his first voyage on the Mountain Course which will also include competition in the Bennetts Lightweight race on board the MJ Palmer/Hanna Performance ER6 Kawasaki, Adam said:

“Competing at the TT is something I’ve always wanted to do and when the opportunity arose to go this year I grasped it with both hands.

I’ve already enjoyed going over to the Island to learn the circuit and I’m really looking forward to the challenge. As for setting goals, I just want to have fun and learn as much as possible.

I’m still only twenty years old so I have time on my side and with the TT course being such an unforgiving place it’s important not to take chances as a newcomer. I’ll worry about pressure, lap times and results in three or four years time when I know exactly where I’m going.

The only goal I’ve set is to come away from the TT as the fastest newcomer in 2017. I’ll have the best machinery possible and the right people around me so now I’m just looking forward to heading down Bray Hill.

I’d also like to say a huge thanks to the TT organisers for the opportunity and their input so far has been fantastic, and also Carl Roberts who has been a huge help to me each time I’ve been on the island.”