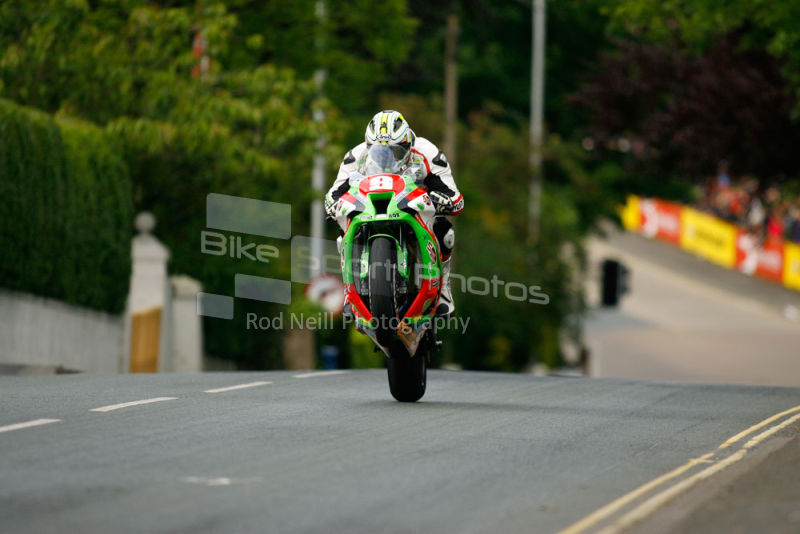 Going into TT 2011, Michael Dunlop was amongst the most in form riders on the roads.

Race week at TT 2011 began with a testing Dainese superbike race, having held fifth place going into the pits at the end of lap two, he endured an ultra long pit stop, dropping him down the leader board.

Next four laps saw Michael battle away, charging his way back up in the end to fifth place, finishing in front of Dan Stewart and brother William.

Despite the disappointments of the superbike and opening supersport races, many people where tipping the man for success in the Royal London 360 superstock TT. 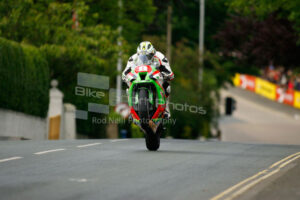 Following a strong start he quickly became embroiled in a battle for race lead, with Relentless Suzuki by TAS’s Guy Martin and Padgetts Racing’s John McGuinness.

Although both of his fellow competitors had much more experience in the superstock class around the Mountain Course, it was Michael who by lap two had moved into race lead.

From here he controlled the race, to clinch his second TT victory, and his first big bike success, at the most famous road race in the world.

His victory was also proof that he had made the right decision in terms of machinery for the 2011 superstock TT, the Street Sweep ZX10R Kawasaki, never missed a beat.

Another victory could have followed in the second Monster Energy supersport encounter, but like in the opening race, mechanical gremlins struck.

Race week ended with a solid fifth place finish in the blue riband Pokerstars senior TT, as he lead the Kawasaki challenge.

On reflection TT 2011 might not have been considered one of the memorable for Michael Dunlop, still superstock TT success, top five finishes in superbike and senior races, leading both supersport races, ain’t a bad two weeks work is it.

Now a winner in the superstock class, alongside his memorable supersport TT race two victory from 2009, one class remained for Mountain Course glory, the superbike.

Would he accomplish a maiden superbike TT win at TT 2011? find out in the next instalment of Michael Dunlop the first ten TT years.