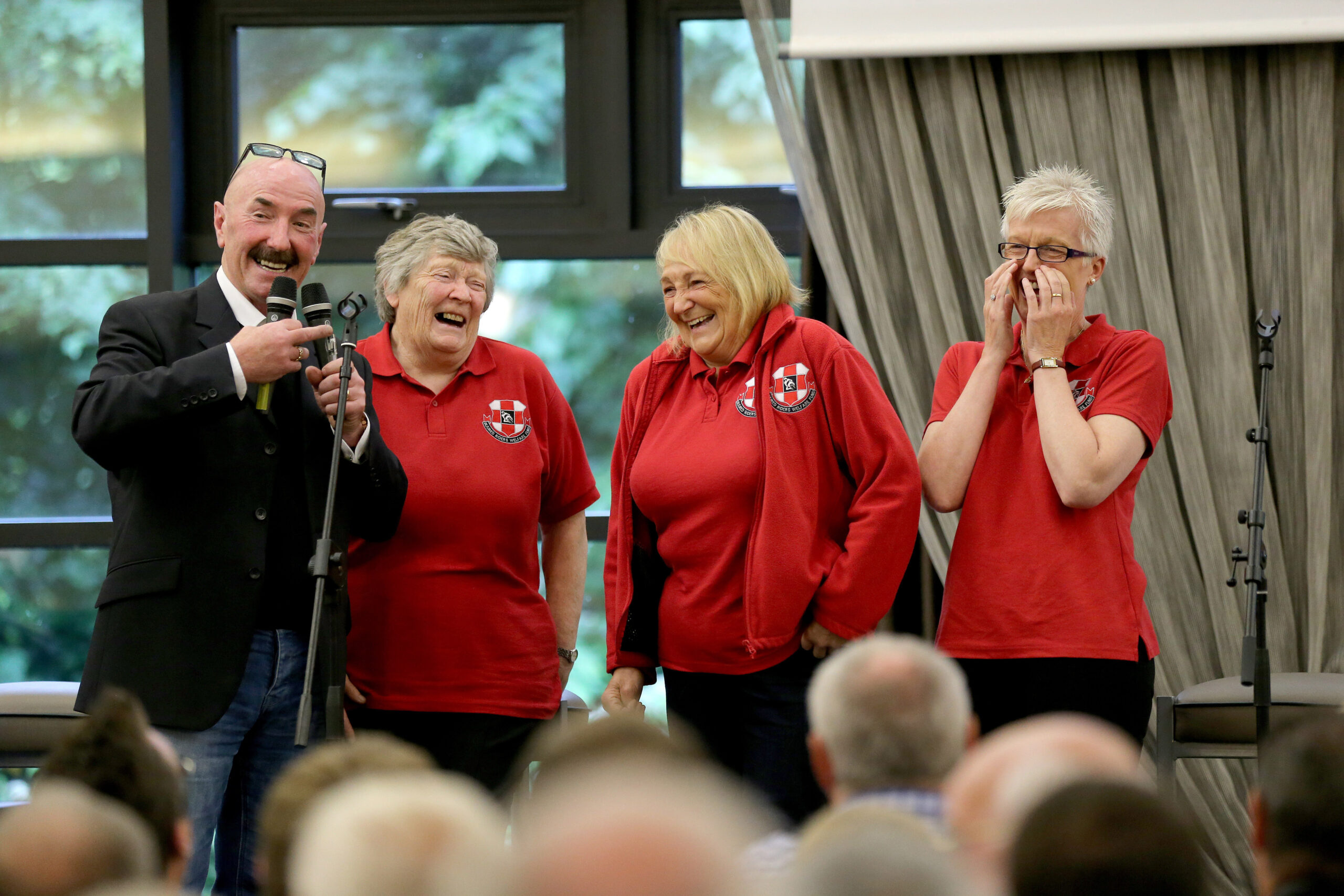 Fundraising began on the 4th July at the launch event, as collections were held at both the press launch in The Island Arts Centre, Lisburn and at the “Meet The Riders” event at the Ramada Plaza, Shaw’s Bridge. 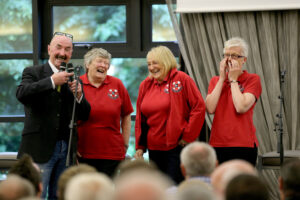 Efforts continued throughout bike week with sponsored walks, collections, quiz nights, two charity auctions and even involved one of the MCE Ulster Grand Prix marshals shaving her head for the cause!

“We are delighted by the outcome of our hard work at the launch and throughout bike week. The fans have been very generous – £10,000 is a fantastic total amount.

At the start of the week, even when the weather was bad we were emptying our buckets, counting money until one in the morning and competing with one another to see who had raised the most – it was all part of the craic!”

Clerk of the Course at the MCE UGP Noel Johnston said:

“The Injured Riders Welfare Fund is our chosen charity partner for this year, and it is easy to see why. They work hard to raise funds for a worthy cause that is close to the heart of race fans and racers alike.

We’d like to thank Jan and her team for all of their efforts at our launch and at bike week and we are thrilled at the amount of money that has been raised for injured riders and their families.”

The charity, which was established in 2003 by Jan Simm, Yvonne Ward and Sheila Sinton MBE, offers emotional and financial support to riders who have been injured in motorbike accidents and to their families through post-injury care, support in payment of hospital bills and transport arrangements and any other necessary cost that may be incurred along the riders road to recovery.

All money raised by the charity is spent on the riders and is not spent on administrative costs.

If you would like to find out more about the Injured Riders Welfare Fund go to http://www.injuredriderswelfarefund.org.uk/ or check out their Facebook page.