More Than 3,000 Objections Lodged Against Plans For Dundrod Cemetery 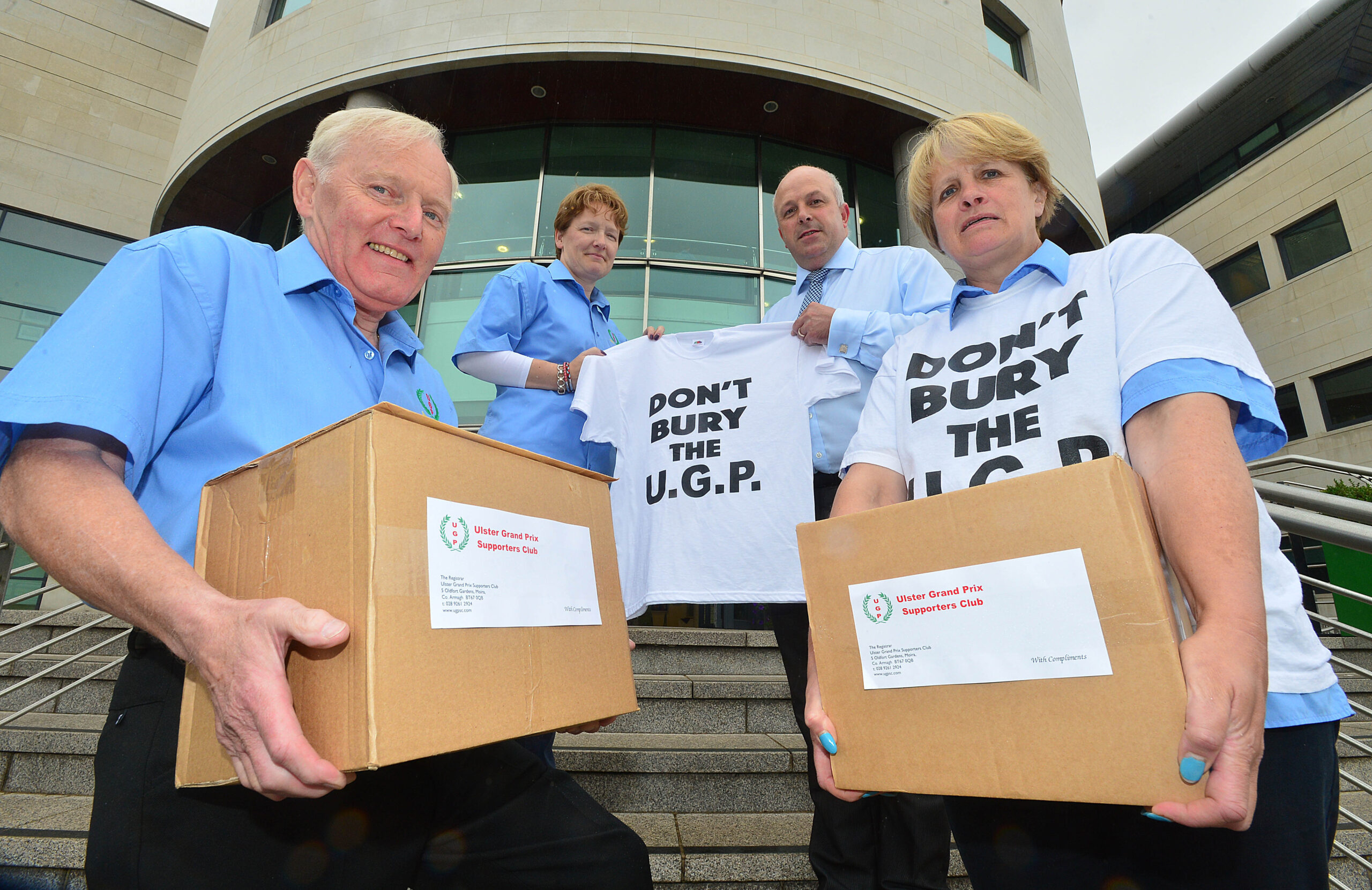 These will be added to the letters of objection already received by the council’s planning department, making it close to 3,500 objections within just a few weeks of the initial submission of the planning application. 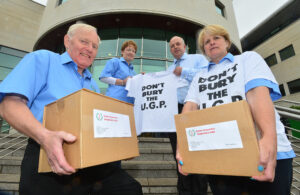 The Ulster Grand Prix Supporters Club and promoters of the Ulster Grand Prix, the Dundrod & District Motorcycle Club, are united with a majority of local residents in their opposition to the planned cemetery site on Quarterland Road, Dundrod, for which the only access would be via the world famous motorcycle racing circuit.

Des Stewart, Chairman of the Ulster Grand Prix Supporters Club said: “With a hugely successful 2016 UGP just behind us, we are heartened that race fans far and wide feel strongly enough about the impact these plans could have on this international event to submit a letter of objection to Lisburn & Castlereagh City Council.

“The sheer volume of objections we have just delivered to the council demonstrates the important social, cultural and economic impact this event has and we stand by our view that were a cemetery to be built on the circuit, it would seriously endanger the future of the event.”

The Ulster Grand Prix is one of the biggest annual outdoor events in Northern Ireland, attracting tens of thousands of visitors from across the world. The economic impact is significant; spectator spend alone generates an estimated £2.5 million every year, and there are more than 10,000 commercial bed nights.

“During the Ulster Grand Prix the public roads are closed for three days, including the Quarterland Road, which is the only access point into the planned cemetery,” added Mr Stewart.

“It is customary in this country for burials to happen within three or four days of a death, and for daily access to be afforded to those who wish to visit graves. We just do not see how we could run this event in harmony with the daily business of a cemetery of this size and scale.

I would like to reiterate that we feel that the applicant’s suggestion that they would close the cemetery on the days of racing is unpractical and unsustainable.

“Furthermore, I believe that planning has been granted for a cemetery and crematorium outside Moira with potential for expansion, also in the L&C area which is more centrally located and served by an excellent road network. When this comes to fruition any argument about the need for a cemetery in Dundrod would be entirely negated,” he said.

Alderman James Tinsley, Lisburn & Castlereagh City Council added: “Dundrod sits within my constituency, I have listened to the concerns of many local residents and am in agreement that this plan is not viable.

“Setting aside the potential negative impact this proposed cemetery might have on the Ulster Grand Prix, it is very difficult to see how this plan is viable from an infrastructure perspective.

“The country roads around Dundrod would not easily cope with the much higher volume of traffic a cemetery of this size would bring, and we must also consider the already elevated accident rate and the area’s propensity for inclement weather which forces the roads to close several times a year,” he added.

The Dundrod & District Motorcycle Club and the Ulster Grand Prix Supporters Club invite local residents and the wider racing community to write to the council voicing their objections.