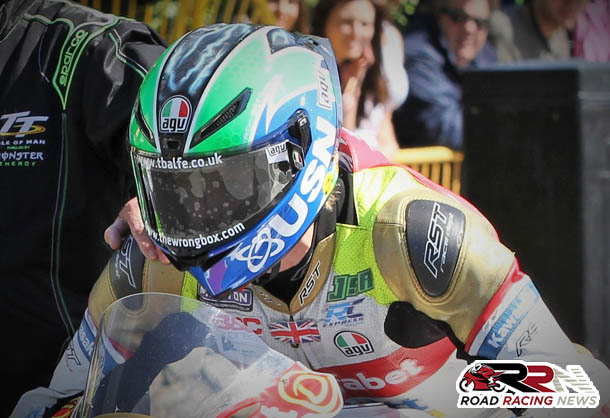 Dafabet Devitt Racing’s Ivan Lintin had better fortunes in the opening Monster Energy Supersport race, as he finished a very creditable 13th, at the end of another gripping 600 race, around the magical Mountain Course.

Holding 14th at the end of lap 1, the two times Lightweight TT winner, steadily improved his pace throughout the next three laps, becoming involved in a close fought battle for 11th. 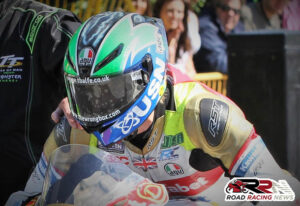 “I enjoyed today’s race and although it wasn’t ideal weather, particularly on the first lap, it was all about getting used to where the damp patches were and then pushing on accordingly.

Hillberry caught me out on the first lap and after starting from 28th, I saw P16 on my first board and just kept chipping away. I was settled in by the second lap and with a good pit stop, I moved up to 11th.

I was closing in on a top ten position, which obviously would have been great, but I missed my pit board at Sulby on lap three so wasn’t quite sure how close the gaps were and it was only on lap four that I saw how close it was.

I pushed as hard as I could on the final lap and although it was close for 11th place.

I’m pleased to get a result under my belt on the 600 especially after the problems we encountered at the North West 200 and the lack of practice here.”

“Ivan made good progress through the race and although it would obviously have been nice to have finished in the top ten, the lap times were good and it was quite surprising how quick they were given the track conditions.

It’s been tough with the lack of practice and Steve’s crash but both riders are getting back into their rhythm and we’ve still got four races to go so we’ll keep working hard and look to get some good results from here on in.”

TT 2017: What Can You Do About The Weather! – Today’s Mountain Course Action Abandoned