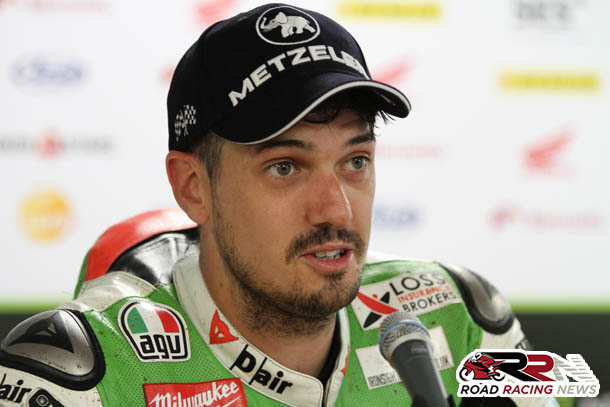 Next up was the Royal London 360 Quantum Superstock race, having made a solid start on lap 1 at Glen Helen slotting into sixth place, James gradually moved his way into podium finishing contention.

Holding second place throughout, James was edged out for second at the end of the four lap race by the on form Dean Harrison, still third position was another top quality result for the Quattro Plant Muc Off Kawasaki rider.

James said, on a hugely productive day at TT 2016:

“The day’s absolutely flown by and it’s all a bit of a blur to be honest but to end up with two more podiums is great!

The 600 race went well although I am lacking a bit of something both with the bike and myself but I matched my personal best on a Supersport machine and I was happy with fourth.

I normally miss out on positions by a few tenths so it was nice to have it the other way round for a change and to then get promoted to third was a nice bonus!”

“In the Superstock race, I think my first pitboard said P5 and then the next one said P2 and it threw me a bit. I re-focussed though and was third by the end of the first lap which soon became second.

Dean was never far behind me though and I didn’t have the greatest of last laps as I seemed to catch backmarkers everywhere, some of whom were all over the place!

It’s not an excuse though as it’s the same for everyone and to lap at over 131mph on a Superstock bike is pleasing and it’s great to have added two more podiums to my total.”