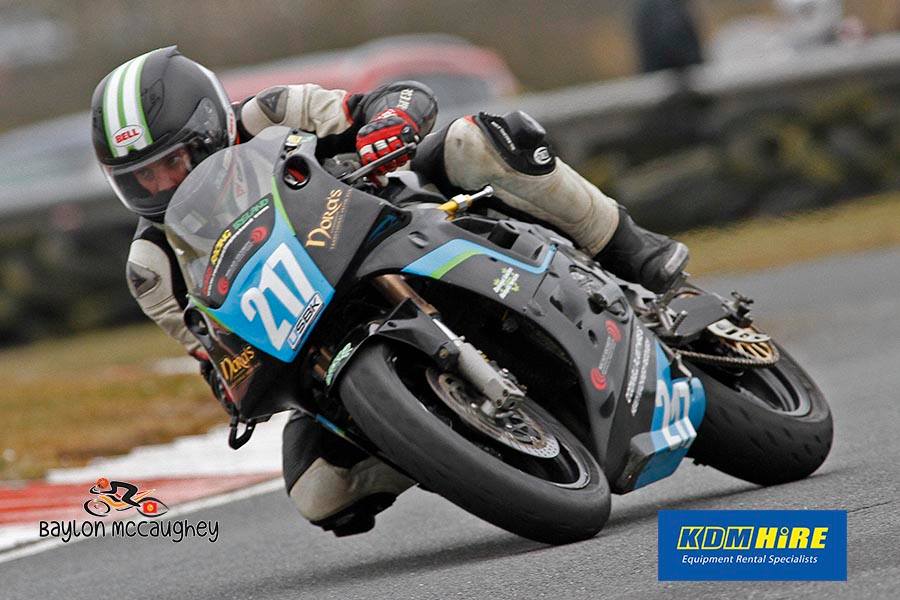 Motorcycle racing is an expensive sport, but one rider, who is making his KDM Hire Cookstown 100 debut, began his racing career in a rather cheap way!

At a social event, he bargained with a mate for a bike, a 125 Aprilia, for a mere 100 euro!, lo and behold, the alcohol may have got the better of his friend, and the deal was sealed!

So for Letterkenny’s Enda Trearty, his first season of short circuit racing saw him compete, on a bike costing 100 euros!

That was three years ago, and last year Enda moved up to the 400 class, with sponsorship from Seamus Dobbin of Shay D Racing (who was also sponsoring close friend Paul Gartland).

It was with this deal, that sowed the seeds for Endas foray into road racing. Coaxed into going ot Scarborough by Paul, Trearty had his first taste of road racing, and after practice was grinning from ear to ear, however, the first race saw a big pile up just in front of Enda, and the remainder of the days racing was abandoned.

Race two, didn’t bring much joy either, as he slipped off at Drurys Hairpin! Later in the season, Enda travelled to the Welsh circuit, Aberdare Park, and returned to Scarborough again for the Gold Cup event where he finished 6th in the 400 class, along with 14th on the Shay D backed Super Twin. 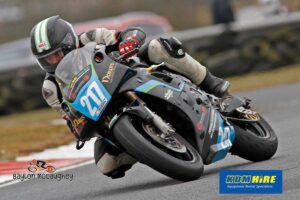 At home, Enda was having a great season on the 400, finishing first in the Ulster short circuit championship, and second in the Irish championships.

For the 2017 season, Enda bought his own 400 ZXR Kawasaki, unfortunately it wasn’t ready for his first outing of the year at Scarborough, so he borrowed a friends machine, lying third on the final lap, the engine let go!, something he didn’t need!, so the Spring Cup meeting at Scarborough hasn’t been happy hunting ground for Enda.

Trearty was all set to return to this meeting again, but it has now been cancelled! Hopefully he will get a run out at the Temple clubs short circuit meeting on the 21st of April, before the Cookstown 100.

Enda is really looking forward to the KDM Hire Cookstown where he will make his debut, and he will be racing my own 400 and a recently bought SV650 Super Twin.