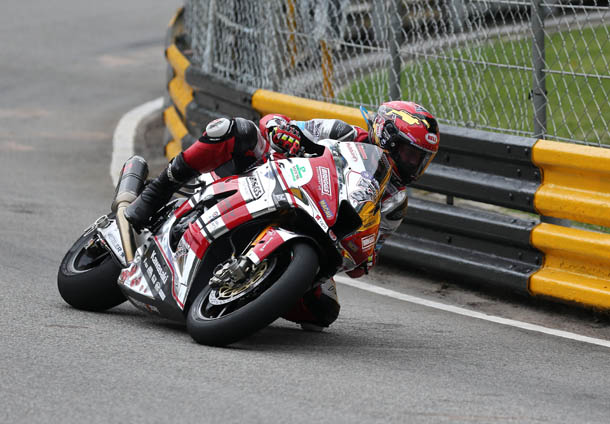 Set to tackle for the first in two years, the famous Triangle course, twice TT winner Gary Johnson is confident that he has the tools to battle for multiple rostrum finishes, within his latest North West 200 stint, which will see him join forces with British Superbike championship front runners, RAF Regular and Reserves Kawasaki.

Alongside piloting high spec ZX-10RR Kawasaki’s in the 1000cc races, the Supersport encounters will see the Lincolnshire racer jockey the same 675 Daytona Triumph, that he took to a top six finish at last years TT Races.

Consistently in contention for podiums/race wins, although it’s been it’s fair to say a few lean years by his standards at the international roads events, underestimate a rider on his ability, at your peril.

Speaking recently about this years Vauxhall International North West 200, the ever popular rider, known to many as ‘AKA Driver’ stated:

“I’ve led a lot of races at the North West 200 over the years and had some bad luck too!

I’ve made the podium a few times though on 600’s and stockers, and I will have bikes this year that will be strong in all the classes.

I am fit and ready to go with all the pressure off me now that I have a good team behind me. I can focus on Gary the racer now!” 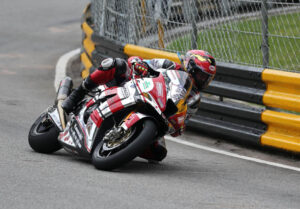 “It is great to welcome a rider of Gary Johnson’s experience back to the North West again this year after he missed last year’s races.

It also adds even more strength to the North West 200 grid, to have Lee Hardy and his RAF Kawasaki team, another leading BSB squad, racing at Portrush this May.”