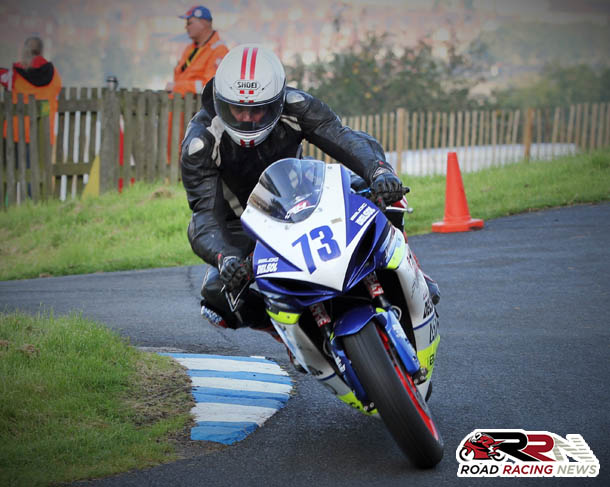 Robin’s answers to the popular series of questions, are as follows:

“It has to be the Dundrod 150 races. Well run, incredible circuit (Dundrod) and such a great atmosphere.”

“So far it must be my GSXR 600 Suzuki, handles well and goes where I want it to.”

“I couldn’t put it down to one thing, but the whole experience of being on a closed public road, flat out between hedges, trees, houses with fans just feet away from you is like nothing else.” 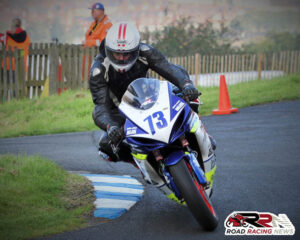 “I have only done the Ulster GP, which has been the most amazing experience. I would have loved to have done the TT, but sadly I am now too old to be eligible as a newcomer, which is a shame.”

“I don’t really have any rivals, but have loved having some great close racing with Christian ‘Bomber’ Slater, David Lewis, Chris Watson and Dougie Shearer. Got to also give a big mention to John Bain and Barry Lee Evans for being such epic company!”

“Tricky one, as there are so many great ones to choose from, but it is a close run thing between my first road race at the Southern 100 in the pouring rain, in 2015, to last year at Dundrod.

Where I managed to make huge improvements on lap times in ideal conditions and running in the top 10, within the Dundrod 150 Challenge race, before the race was sadly red flagged.”

“I am biased, but I would have to say that the roads around Anglesey and North Wales, would really lend themselves to being a proper Welsh TT.”

“It has to be Joey Dunlop for his incredible TT wins, also a huge fan of Ryan Farquhar for his amazing Irish results over the many years.”

“Not tried a Superbike yet, but it is on the cards for next year, so will have to say Supersport. Do love the way the 600’s scream and handle so well.”

“Never personally going to get either, but I reckon that fastest lap, would be the one to have. Knowing you are the fastest out there, would be pretty epic.”