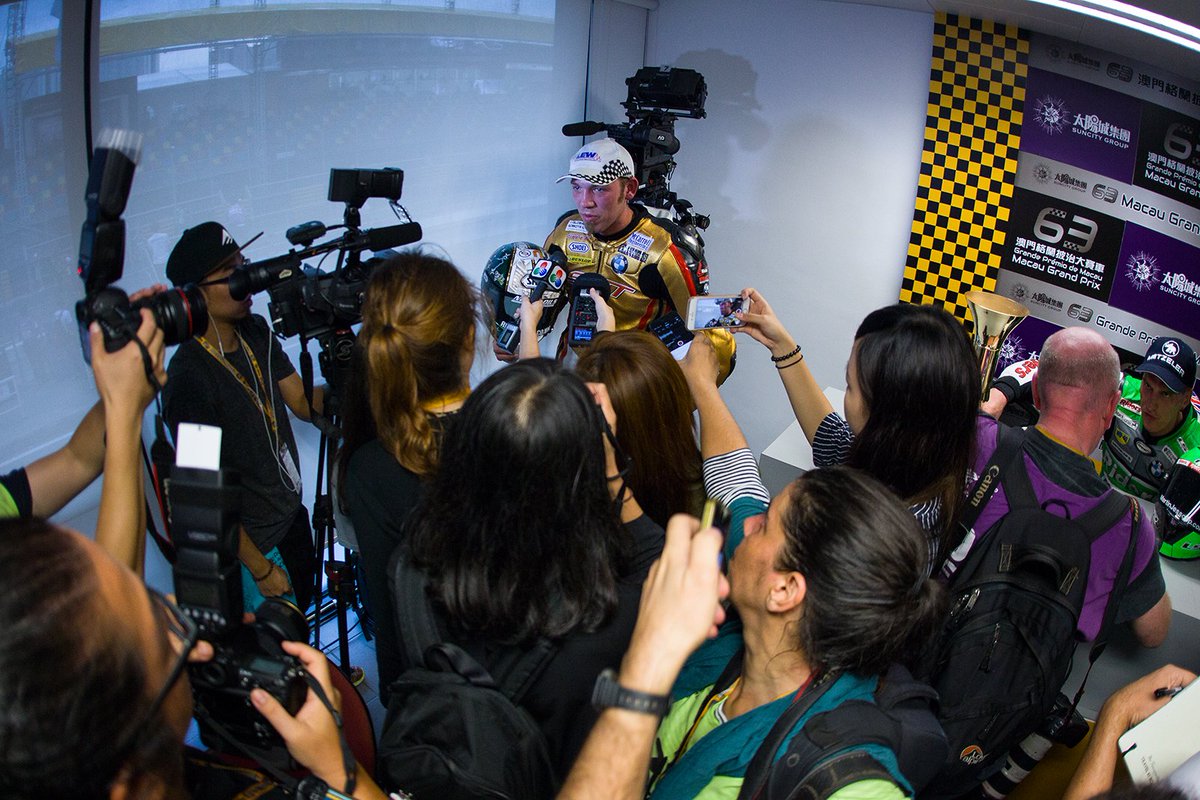 Peter Hickman’s successful defence of his Macau Motorcycle Grand Prix crown, rates so highly in Road Racing News top ten moments of 2016, primarily because he surprised so many with his race victory, back in November.

Competing for the first time on the Bathams SMT Racing S1000RR BMW, it was a learning curve with his new stead for the opening practice and qualifying sessions.

By the time of the second qualifying session though, Hicky was beginning to gel more and more with his striking gold liveried BMW.

Qualifying seventh on the grid, it’s fair to say despite showing accomplished pace, he still was perhaps not regarded by some as a race winning threat.

The start of the 50th Macau Motorcycle GP saw him make a top class start, quickly moving into fourth place, as he formed part of a breakaway four rider group, at the front.

By lap 9 he was quickly reeling in pace setters throughout Martin Jessopp and Michael Rutter.

Lap 11 saw him make him move in front of Bathams SMT Racing team mate Rutter, to hit the front of the race for the first time.

This move would prove decisive, as he crossed the line at the end of lap 12, to successfully defend his Macau GP crown and wrap up his third international road race victory. 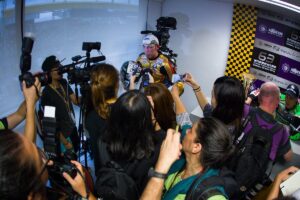 The race win also provided Dunlop Tyres with yet another international roads victory, further underlining why many consider Dunlop’s the tyres to use, on the roads.

Established amongst the world’s leading road racers, his iconic feat this year at Macau, was more proof of his increasing stature within the world of pure road racing.