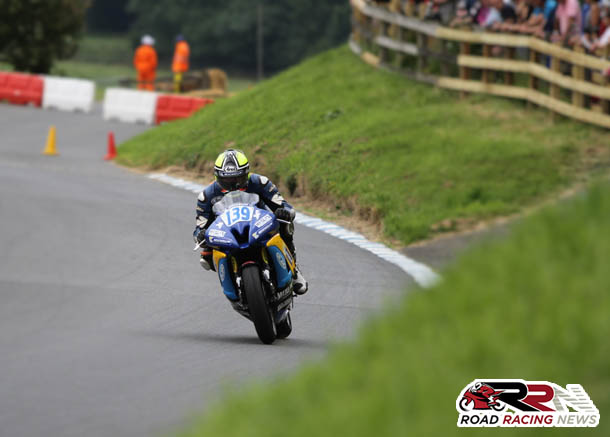 Having for many years aimed to compete on the roads, 2016 would prove the year when Wayne, would accomplish a long held ambition.

His roads debut was at the Spring Cup National Road Races at Oliver’s Mount. Immediately impressing on his debut at Scarborough, he proved he had a depth touch around England’s only roads venue.

The next meeting at the mount, the Cock of The North Road Races, would see Wayne show more accomplished form, going to wrap up highly creditable seventh and eighth place finishes, in the Junior A Supersport races. 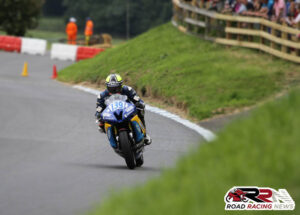 Main highlight of the event was sixth in the modern Junior 600 race, which was backed up by lapping in the 1 minute 53 seconds bracket, on his own teams Michelin backed YZF R6 Yamaha.

Following his Oliver’s Mount exploits, the next roads meet on the horizon, was the big one of the year for him, the Manx Grand Prix.

Fulfilling a lifelong goal, Wayne was firmly amongst the leading newcomers to the Mountain Course, illustrated by his great third place finish in the Newcomers A race.

Unfortunately in the Junior race, he was a non finisher due to an incident at Governors Dip, prior to this misfortune he was set for a top ten finish.

Planning to return to the Manx next year, Wayne Humble has impressed and it’s fair to say surprised many with his accomplished pace, during his maiden pure road racing campaign.