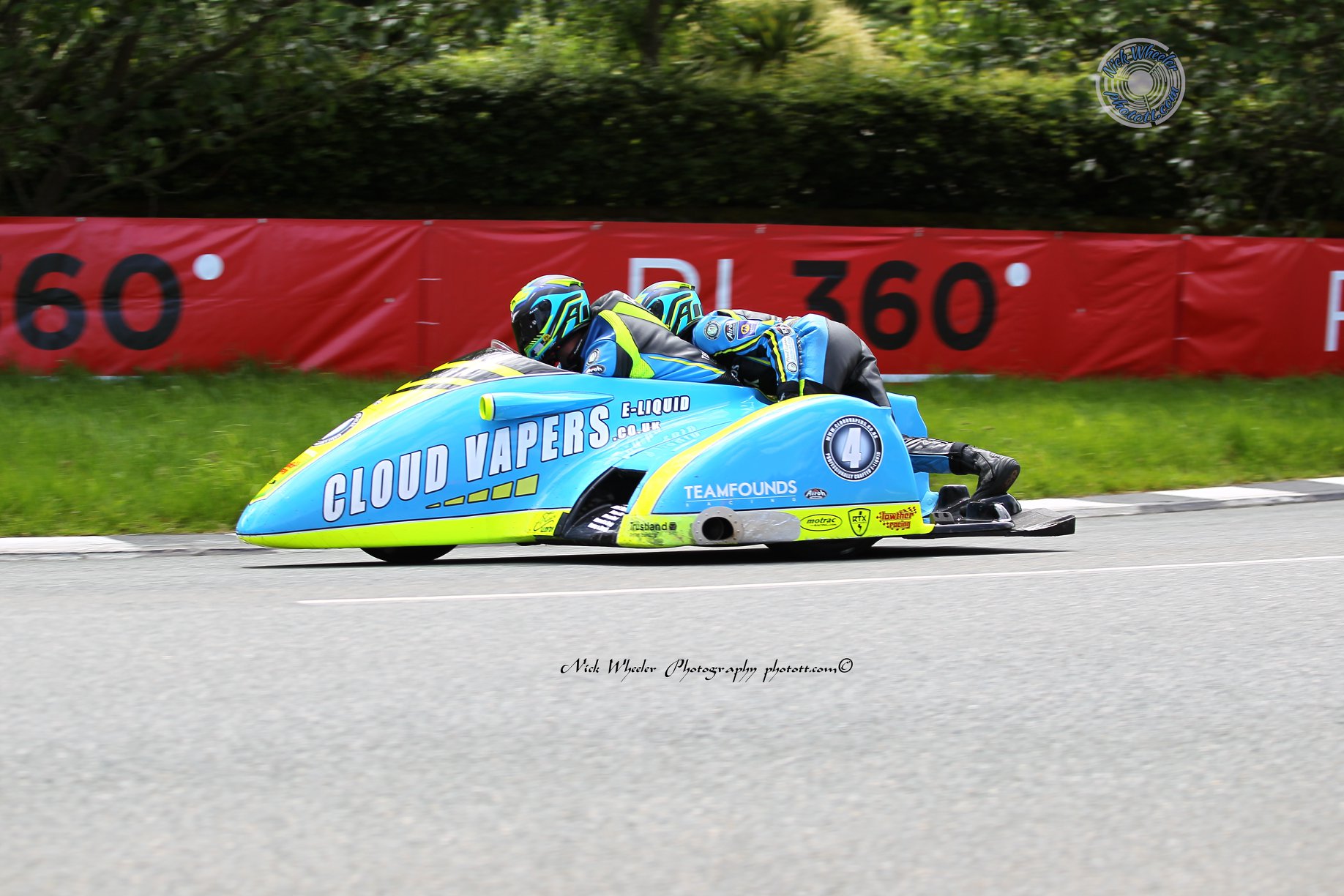 Since first joining forces in 2017, Founds/Lowther have rapidly developed into one of the elite level driver/passenger partnership’s at Manx roads events.

Looking back on their exploits from TT 2019, practice week proved a touch challenging, with Founds/Lowther gaining minimal track time like all solo, three wheeling competitors thanks to persistent pesky, unpredictable weather.

Near the higher echelon of the time sheets from the limited track time gained from practice week, the Cloud Vapers supported duo went into race week amongst the prime contenders for podium finishes.

Their consistent, solid, accomplished form continued into the opening three lap Locate.im Sidecar race, with the pairing clinching a fine third place finish, along the way setting a best lap speed of 116.367 mph. 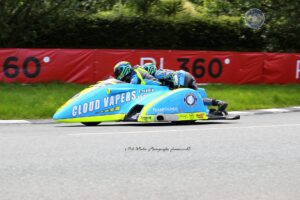 The second three wheeling encounter of TT 2019, would end in disappointing fashion, as Founds/Lowther’s challenge ended on the opening lap of the reduced in distance two lap race.

Moving forward from TT 2019, their next closed roads tenure was at the ‘Friendly Races’, the ever popular Southern 100.

LCR Yamaha mounted Founds/Lowther, showcased and some why they are now established ‘World Class’ roads exponents, via a series of ultra impressive performances.

Early pace setters within the feature Sidecar Championship race, a minor error on lap two would put pay to their chances of becoming Southern 100 Champions for 2019, with the prestigious title ultimately going to driver Founds brother Pete and Jevan Walmsley.

Still going onto finish a highly creditable fourth, it’s been another impressive roads campaign for Founds/Lowther who as aforementioned are now firmly amongst the elite level driver/passenger partnership’s at Manx roads events.