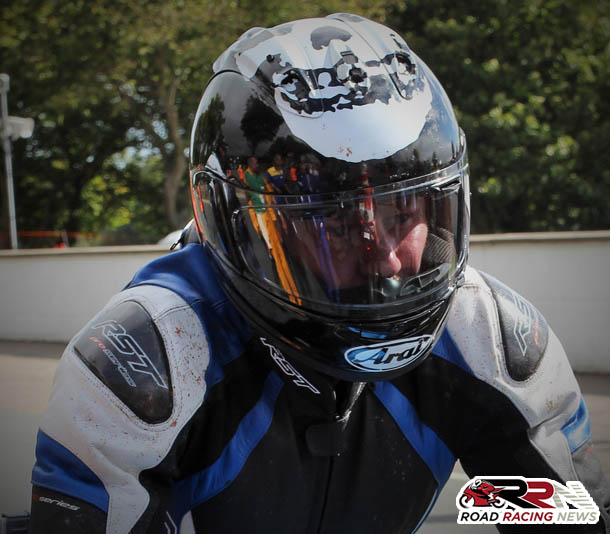 Stuart’s answers to the popular series of questions, are as follows:

“The old Honda 600 steelie that I wrote off at Scarborough, is my favourite in terms of what I’ve ridden, in general I’d go for the Yamaha America TZ 750, bet it was an animal to ride!”

“The people! The fans are amazing and the guys and girls that are out on track, are some of the best people to race with and learn from.”

“I’m a Manxie, so it’s got to be the TT and it’s the reason I moved to the island when I was a young’un. I’ve not been to the North West 200, but the Ulster GP looks like mega fun!”

“Sarah Boyes and Colin “Crofty” Croft always keep me honest and pushing at the Manx GP, same applies at the Southern 100 with Steven Beale, Chris Watson and Jordan McFerran. Couldn’t ask for better people to race with on the roads.” 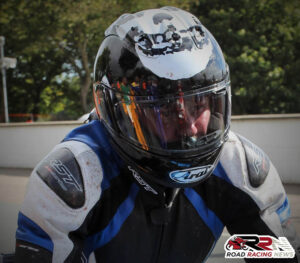 “Best race I’ve had on the roads was the 2017 Senior Support race at the Southern 100. My fastest qualifying time would have put me on the 3rd row, but started from the back of the grid (21st I think) for some reason.

Managed a high 98 mph lap, and finished 11th, so a couple of rows further up might have seen me challenge for a top 5 or 6 finish, also 111 mph lap at the 2017 Manx GP, ranks high in my racing achievements.”

“I’d love to see one in the Pacific North West of America, it’s somewhere I’ve always wanted to go and just imagine racing round some of the national park roads flat tap, it would be mega.”

“I’ve not ridden a Superbike yet, the 600’s are so fun to ride. I think a Superbike would suit my style though, and they’re the most fun to watch when they’re getting wrestled about, so I’ll say Superbike.”

“I’ve not done either! So a fastest lap on the TT course would be the best, and then a pole at the Southern 100.”