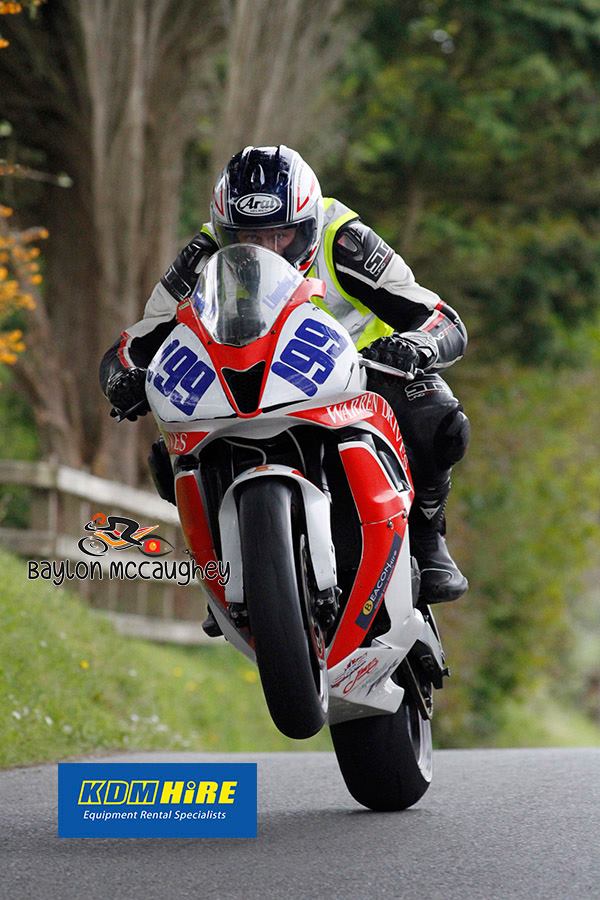 Making a return to the KDM Hire Cookstown 100 this year is Lloyd Collins. Having enjoyed his debut last year, watched by his sponsor, and former long time sponsor to the late Joey Dunlop, John Harris, Collins enjoyed racing here so much, that he returned to the short circuit meeting at St Angelo as well!!

This is what Lloyd had to say about his Cookstown debut last year:

“2017’s KDM Hire Cookstown 100 race was my debut road race competing in the senior support and finishing 8th, hoping to improve on that this year with additional entries in the Lightweight and Junior Support.

The highlight of my road racing so far has got to be competing at the Dundrod circuit in 2017, the course and the atmosphere was something that I will remember for a long time. 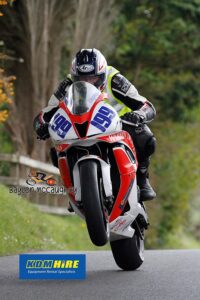 At the Cookstown 100 races this year I’ll be riding a Honda CBR 600RR for the Senior Support and Kawasaki ZXR 400, in the Lightweight and Junior Support classes.

Call in paddock for a chat, Thanks, Lloyd Collins #199″