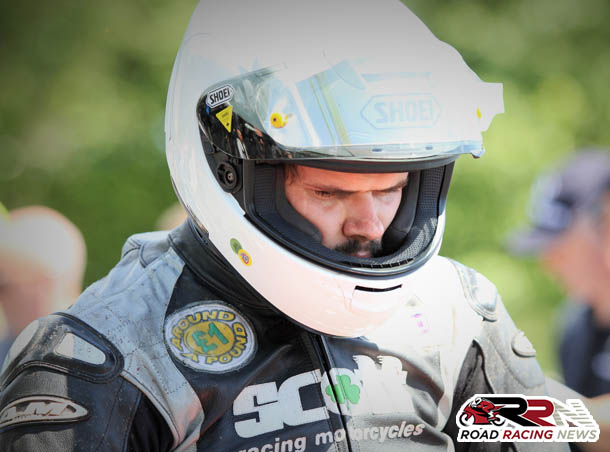 Super Mono race winner at Horice and Terlicko, former Newcomers A Manx GP runner up Shaun Anderson is the next racer, to take on Road Racing News, ten questions challenge.

The Bandridge racer’s answers to the popular series of questions, are as follows.

“Tandragee. The track is the best national, by quite a margin. The club and team that run it, do so much for the sport and never stop working.

Plus it is the perfect track to know that you are in a good way in preparation for the TT.”

“Suzuki GSX-R 1000 l0 (2010) it’s the bike I have the fastest lap on at the TT, it got a bit of a bad reputation at the start but we worked hard and developed the package over 6 years and you can still see it’s as competitive as ever at the national meets today.”

“The stories, even if you only go to a couple of races per year, everyone talks about the events for years to come.

When you go to a short circuit even a BSB event, by the next week it is forgotten about. I think it has to do with the atmosphere and characters you meet on the roads.” 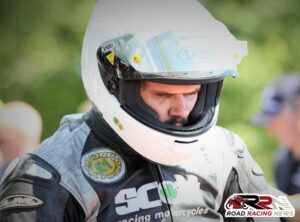 “Derek Sheils. Fast smooth and safe to race with, very under rated and only getting better with the breaks that he deserves, in the lat couple of seasons.”

“Podium at the Manx GP, to climb onto the podium on the island, is something special that not a lot of people get to achieve in a racing career.”

“A return of more Irish nationals. It is great to see that Enniskillen will run a race this year.

But we are still missing the Killinchy 150, the Temple, Carrowdore, and the Bush. This would be a proper full calendar of racing.”

“I have a lot of guys to look up to in Irish road racing history. Dynes, Hanna, Holland, Lyndsey, Joey, Farquhar etc.

But Cameron Donald really impressed me. He came and destroyed everyone in Ireland broke lap records and took wins, then went to the TT and won against the best in the world in his third year that is awesome.”

“Superbike no question. Have always been a big bike rider. I do enjoy a play on smaller machines, but know it will never be my class.”

“Fastest lap, racing is partially luck, mechanics issues or a rough first corner etc, and sometimes you get a good result by being there at the end, but a rider can take confidence knowing he had the pace no matter what happens.”