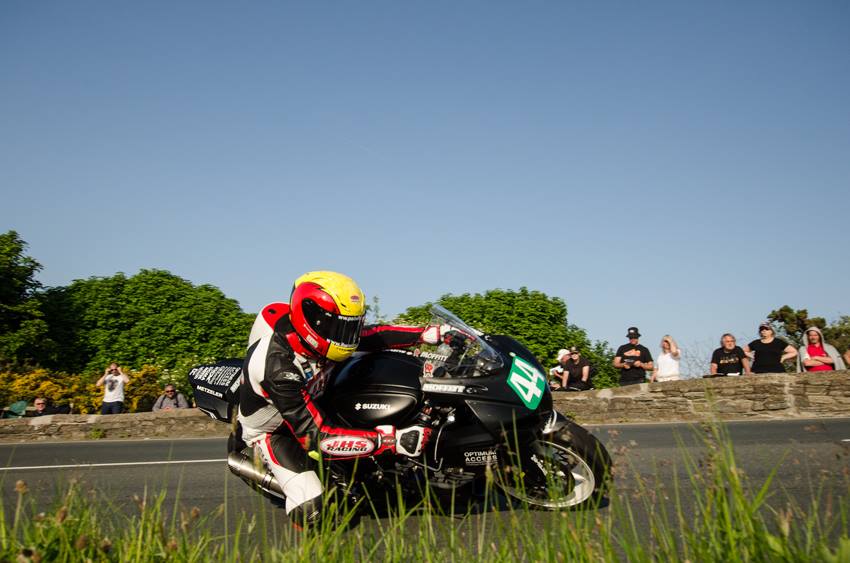 2011 Super Twins Manx GP winner, 11th within the Lightweight TT of 2012, at the time finishing in front of the likes of Dean Harrison and Michael Dunlop, JHS Racing mainstay Dave Moffitt, is the next racer to take part in Road Racing News, ten questions challenge.

20th in last years Lightweight TT, his answers to the popular series of questions, are as follows:

“Southern 100. It’s so well run and the craic is fantastic. You’re made to feel so welcome from signing on to the prize presentation in Castletown square after the meeting. Everyone involved does it for ‘the love of the sport’.”

“There are so many to choose from! Most recently I’ve loved racing the JHS Racing Suzuki Super Twins, setting PB’s at the TT and lapping over the ton at the Southern 100 last year. Also recently piloted 600/1000 Honda’s plus 600/1000 Suzuki’s.

To choose my favourite racing machine is hard, I guess I’d have to go with my trusty JHS Racing SV 650 Suzuki. I won the Manx on it in 2011 and have won multiple championships and had lap and race records with it at the Manx and Jurby. The old girl is still going strong and had a win on it last year at Jurby.”

“The best part of competing in the roads, is without doubt the sheer thrill of it and the adrenaline rush you gain.” 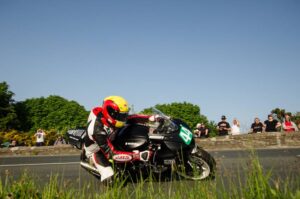 “TT definitely, because of the unique challenge of racing on 37.76 miles of pure roads, and that feeling of achievement from finishing a race on the Mountain Course, adrenaline overload just thinking about it!!”

“I respect everyone who races, and also their family and friends commitment to the sport. Dave Madsen-Mygdal gets my vote though for the dedication and passion he, Jill, and his team have for the sport.”

“It would be good to see a new road race introduced in the UK, remember Wallasey Prom! a mini North West 200.”