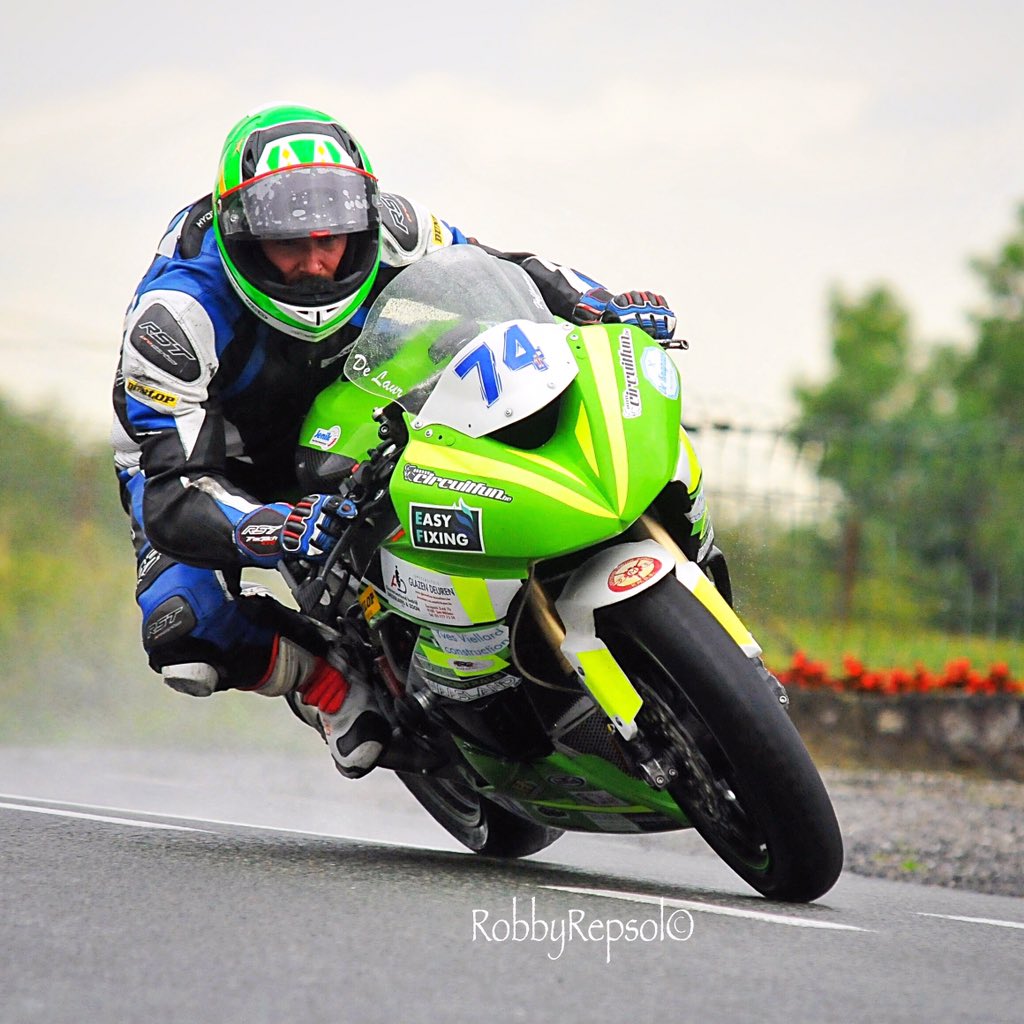 A Supersport race winner last year at Frohburg, his answers to the popular series of questions, are as follows:

“My favourite national is hard to call. I have a lot of favourites. I’d say Chimay because it’s my home race, I always have an extra ace up my sleeve for this one.

Followed by Terlicko in Czech Republic. It’s flowing and bumpy but a bullet fast track, reminds me of the Mountain Course.”

“I have been riding for 8 years a ZX6R Kawasaki So I’m very comfortable on it. I tried an R6 (Yamaha) this year But it didn’t suit my riding style. But I must say that I was amazed by the performance of the Superstock BMW when I piloted it.”

“Road racing is so much more family orientated. In the IRRC (International Road Racing Championship) circus everybody knows each other. We all are friends and help where possible.

The tons of fans showing up to cheer us on are also amazing. The barrier between fans and riders is very low. We are just normal lads trying to go as fast as possible, no princesses here!”

“I must say although I didn’t do a lot of laps on the Mountain Course, I must say TT. The First time down Bray Hill flat out is a feeling I cant describe.

But North West 200 I like a lot too because of the high speeds. In 2014 I was faster then John McGuinness and Guy Martin through the speed traps. I’m quite proud of that.”

“I have a lot of respect for all road racers. It takes balls to do what we do. Plus people who make an excellent comeback after injuries, I’ve been there too and admire who does the Same.” 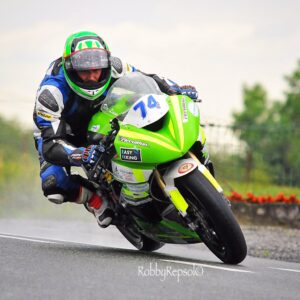 “My best roads moment is difficult. I have many. Winning the race in Hengelo after I first crashed. Also Winning my first race after my comeback from injury was very special as I took the victory with 0.01 of a second going shoulder to shoulder together in the rain.”

“I’d love to have more roads to race in Europe or the UK. For me It’s to far to travel to Ireland and it’s expensive. So I must choose one event per year to compete at.”

“My hero is Joey Dunlop. He was and still is the man. A normal lad with a cig in his mouth, humble and friendly, but inside his helmet fearless and mercy less.”

“With my long service on a Supersport 600, I’d say supersport because it’s a bit harder to keep the speed high. On a Superbike it’s a thrill to try and hang on, while the bike goes everywhere.”

“I’d say fastest lap, because most of the time it means you have won the race or were close. Pole is nice but also all competitors are watching one man at the start.”