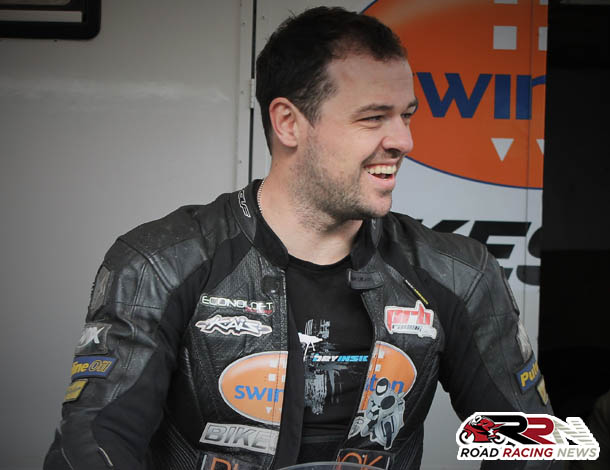 The first rider in history to be victorious at both the TT and Pikes Peak, Bury’s Rob Barber is the next racer to take part in Road Racing News, ten questions challenge.

“Favourite racing bike has to be my GSXR 600k7 (Suzuki), it’s such an easy bike to ride and I have some great memories on it.”

“The best part of competing on the roads is the personal challenge, coupled with fear of getting it wrong creates an unrivalled adrenaline rush.”

“TT and Ulster Grand Prix are equal favourites, North West 200 I don’t like.”

“Most respected rivals have changed over the years. It started with Peter Baker but through the years we have grown as racers, also James McBride we have competed at club races, BSB, and road races together and I have the up most respect for him.”

“Unfortunately I can’t separate my most memorable moment from the TT XGP race win at the Isle of Man TT in 2009, and my Pikes Peak electric class win in 2017. I’m really proud to be the only person in the world to win both historic races.” 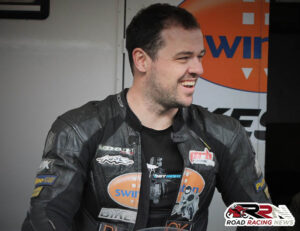 “It’s about to happen in 2018 the Welsh TT. I’ve spent the last couple of years riding in around my cousins hotel in Llandrindod Wells with a rider group called the 7ws.

I have to say the Welsh roads are the best I’ve ever ridden, and I really look forward to racing on them in 2018.”

“My racing hero is Robert Dunlop, I was sat in the grand stand in 1998 when he made his TT comeback after his bad crash, but what makes it better was he had crashed and broke his leg and wrist 3 weeks earlier at the North West 200, and he won and I remember thinking, if only I can be half as good as him.

They say you should never meet your hero, but I was lucky enough to and he was better than I thought, such a humble and nice guy.”