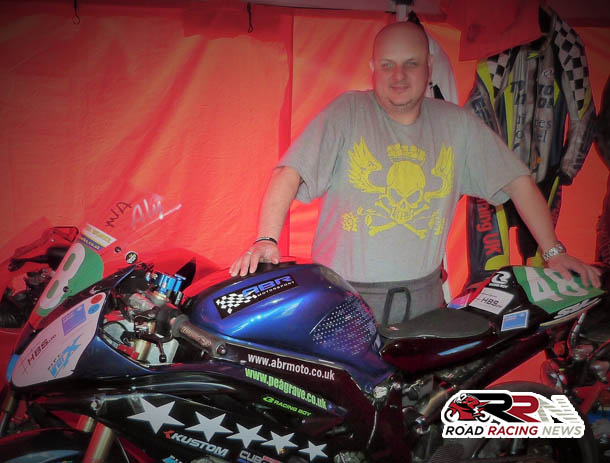 A top 15 finisher within the Colas Billown course based Lightweight TT of 2008, five years later 30th in the 2013 Lightweight TT, Manx/Irish roads stalwart Alastair Bayley is the next rider to take part in Road Racing News, ten questions challenge.

Synonymous with 400 machinery, his answers to the popular series of questions, are as follows:

“Southern 100 is best run meeting bar none and every rider made welcome, no matter what their stature is, that’s the reason it wins as my favourite roads event. Orritor course at Cookstown is also a great circuit, but event could learn a lot from the way the southern 100 is run and riders treated.”

“Has to be my Honda RVF 400, the baby RC45. I have raced them for 18 years! and won 11 championships and over 100 races on them. Amazing handling bike but not the fastest in straight line but chassis makes up for it.”

“Testing yourself against the tracks and other riders, the level of concentration needed is total, it is the only time in my life where I am 100 percent focused on what I am doing, no interruptions, just you and the bike going as fast as you dare.”

“TT no hesitation, not done the other two and never even wanted to, prefer the national roads, Cookstown, Bush, Killalane and Mid Antrim are more my style.”

“Dave Madsen Mygdal, bought my first race bike from him and helped me into road racing, I think a lot of my old school habits come from his advice early on in my career.” 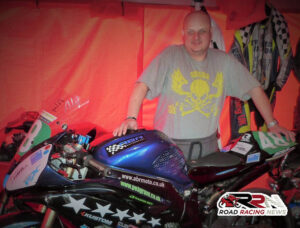 “Finishing on the Podium after a soaking wet 125/400 race, at the Southern 100 in 2007, after a race long dice with Paul Dobbs, changing places 7-8 times a lap after both coming from way down the order, after bad qualifying. Scary but very rewarding race.”

“Be good to have something in Scotland, the Border Reivers Race sounded good, it should be pursued further.”

“‘Mad Dog’ Jim Moodie. What he did on that RC45 Honda was amazing, the bike was knackered and he broke the lap record at the TT, in 1999 on it.”

“Superbike, I can’t do either justice but loved the challenge of a Superbike.”

“Fastest lap, race is were it counts.”