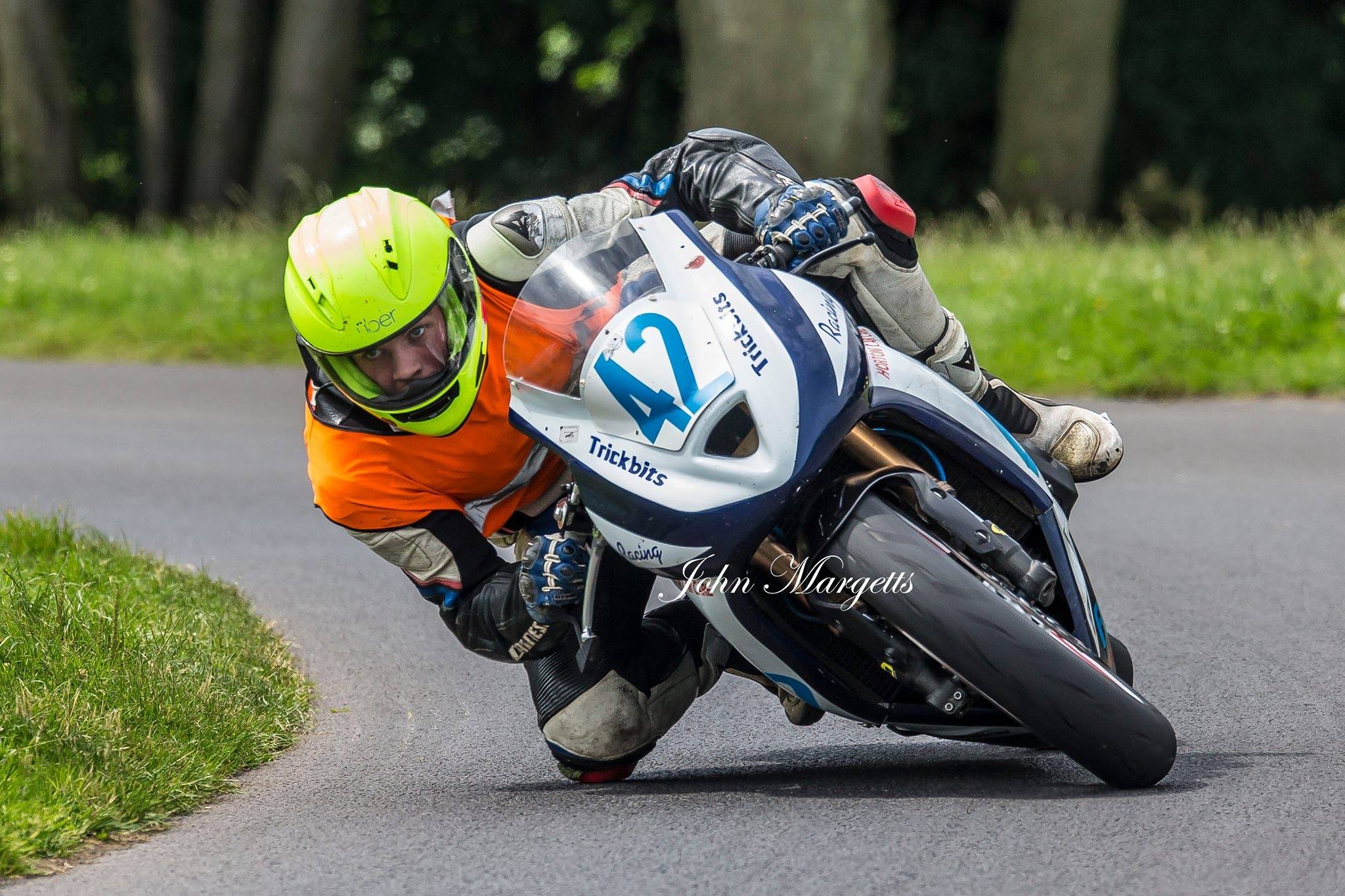 One of the many newcomers to the 2018 KDM Hire Cookstown 100 is 22 year old Max Dixon. Dixon, who has competed at Thundersport and Scarborough events is keen to sample the Irish road race scene, beginning at the Cookstown 100 in a few weeks time.

Speaking to Max, this is what he had to say about his career so far, and competition at Cookstown:

“I started racing about 3 years ago, starting on an FZR 400 that lasted about three meetings before it came off second best to tyre a wall at three sisters.

From there I moved to race in the Thundersport Stock Twins championship where we finished 3rd overall in the championship in 2016. This was after what could only be described as an up and down year with a number of mechanical failures through no fault of anyone involved really. 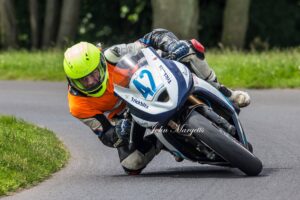 I began road racing last year at Oliver’s Mount Scarborough, where I qualified on pole for the B final and eventually finished 3rd. I then went to Aberdare road races.

This was a bit of a dive into the unknown as we changed the whole front end of the bike for this meeting with completely new forks etc, and it was only my second road race. The end result wasn’t too bad finishing 4th overall in the park challenge and 6th overall in the welsh open.”

“I have now decided to venture off the mainland to the real home of road racing and compete in a couple of the Irish road races, and see whether it’s my cup of tea really.

The first of which is the Cookstown 100. I will be racing a Triumph Daytona 675 (old model because I’m broke) and a Trickbits SV650 Super Twin under the guidance of Mr Super Twins Paul Jinks.

A special thanks to Paul at this point as he has helped me out massively over the past twelve months, something he didn’t have to do but showed the character of him as a person, when he helped me when things had gone wrong following a big crash at Oulton last April.

As always with my road racing it will be a case of steady away for me whilst I get head around the circuit and the speed. However I hope to be towards the pointy end of the many races by the time the lights go out. If not, well I’ll go home and put me knackers in some manure as they clearly aren’t big enough!!”