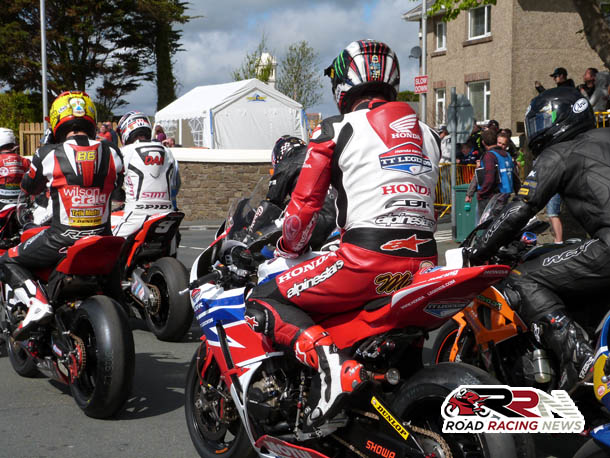 By Ramsey though Michael Dunlop had gone into race lead, John McGuinness and Gary Johnson lead the challenge to the rider who at TT 2013 had dazzled in superbike, supersport and superstock races.

Onto lap two and the battle between Dunlop and McGuinness continued.

As lap two went on, it was clear John McGuinness was on a charge, moving into race lead, whilst Tyco Suzuki’s Guy Martin was also showing moving into third place.

Thanks to lap speed of 131.272 mph John McGuinness lead Michael Dunlop at end of lap two by over 2.3 seconds, Guy Martin was third under 7.5 seconds behind the race leader.

James Hillier in fifth was maintaining his excellent form, as seen in lightweight TT, when clinched a memorable first TT victory.

Onto lap four which would prove a turning point for the leading contenders out front. John McGuinness extended his lead at the front to in excess of six seconds, he was homing in on his sixth senior TT success.

Laps five and six saw no change at the front, as McGuinness grew his lead further.

At the end of the sixth and final lap, he crossed the line to win the senior TT, for the sixth time.

It was his 20th TT victory, and his fifth senior TT success on Honda machinery. 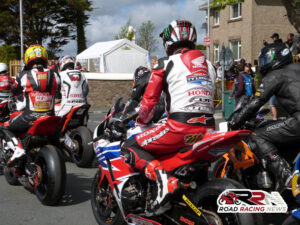 Michael Dunlop finished in second place, to wrap up what was a quite sensational TT 2013 for him. Second place finish provided him with victory overall in the Joey Dunlop championship trophy for the first time.

Bruce Anstey made it a Honda 1-2-3 on the podium, following a high quality display. James Hillier proved he was now amongst the elite bracket of riders at TT Races, following fine fourth place finish.

In all a quite brilliant 2013 senior TT, which saw great battles out front, rising stars showcasing their talents around the mountain course, plus many a standout performance.

A lot of people have their own interpretation on how the 2013 senior TT was won. Following the race, some believe that the outcome of the race was decided behind close doors within the factory Honda team.