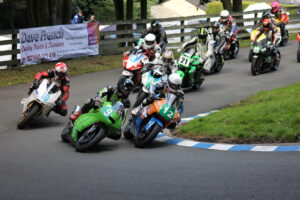 Runner up in the lightweight TT race in 2013 Dean Harrison is back competing this year in the race this time for RC Express racing Kawasaki on a brand new ER6 Kawasaki. Dean is one of the best riders in the super twins class, 2013 saw Dean break super twins lap records at the Southern 100 plus Dean achieved podium finishes at Oliver’s Mount in the super twins class at Ian Watson spring cup road races, cock of the north road races and Scarborough gold cup.

Stewart Smith racing had a fantastic season of road racing in 2013 and for this years lightweight TT the team is running two rising stars in road racing. They are runner up in the Ulster Grand Prix super twins race last year Jamie Hamilton and top 10 finisher in the 2013 Duke road race rankings championship James Cowton. 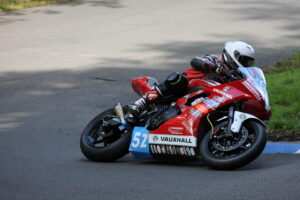 Both Jamie and James are top super twin riders, both have an excellent opportunity to achieve top results in this years lightweight TT race. 4th place finisher in the 2013 lightweight TT race Ivan Lintin is competing for the Mckinstry racing team on a ER6 Kawasaki for this years race. Ivan had a tremendous season of road racing in the super twins class in 2013 which included his first international road race win at the Ulster Grand Prix, a double win at Scarborough gold cup and a top four finish at the North West 200.

Suzuki’s entry into this years lightweight TT race is lead by the JHS racing team who are running in this years race 2011 super twins Manx Grand Prix winner Dave Moffitt. The team is running this year a brand new SV650 Suzuki and is confident of achieving a top result, back in 2012 Dave Moffitt recorded a top 12 finish for the team. 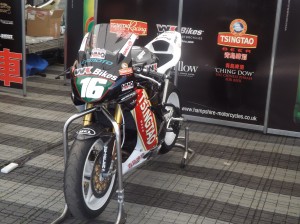 WK bikes made their TT debut last year and are back this year with the Tsingtao racing team running two factory backed super twins in the lightweight TT race. Top 10 finisher in lightweight TT race in 2012 Ollie Linsdell is set to compete in this years race as is North West 200, Ulster Grand Prix and Manx Grand Prix winner Davy Morgan who is competing for the CMS racing team.

David Johnson Ready For This Years Isle of Man TT