David Johnson Ready For This Years Isle of Man TT 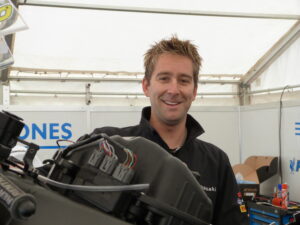 David Johnson is ready for this years isle of Man TT. David in 2013 had overall a brilliant TT 2013 which included two 13th place finishes in both supersport TT races when competing for the T3 racing team on a 675 Daytona Triumph. The senior TT would see David record a personal best 10th place finish when competing on the PR racing ZX10 Kawasaki superbike. David “Davo” Johnson since making his TT debut in 2010 is now one of the top thirty fastest TT riders of all time having lapped at over 127 mph, David is a rider who could well be a surprise package at TT 2014.