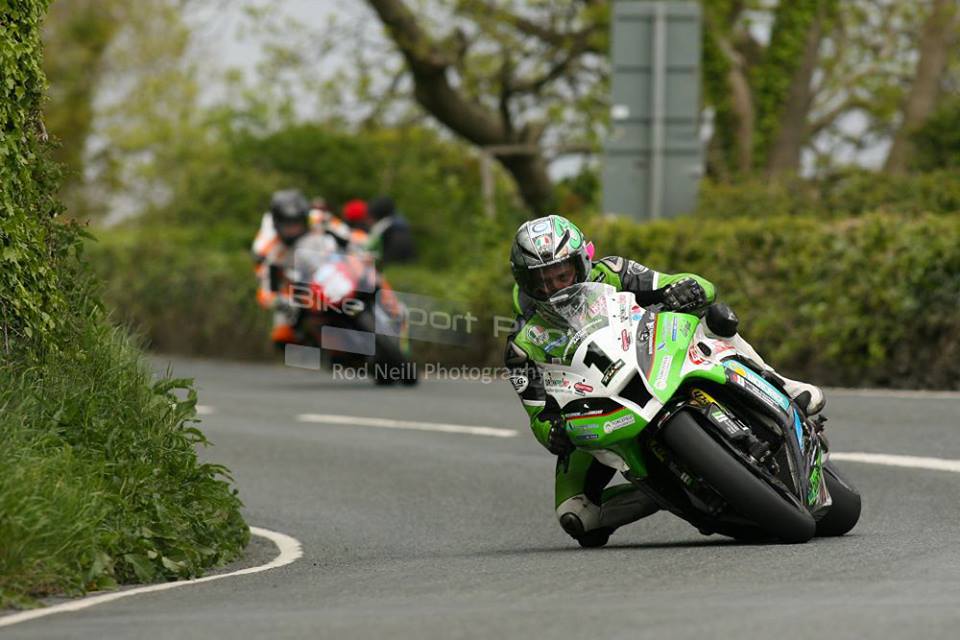 Carrying the prestigious number one plate across all classes, excluding TT Zero, James joined a select group of riders to have had the honour of holding the numero uno emblem at the TT Races.

Practice week proved an extremely difficult one, with a mix of poor weather, incidents and a house fire curtailing track time. 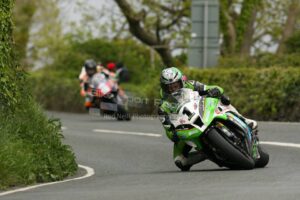 Despite this, the pace in the Dainese Superbike TT, was nothing short of blistering. Holding the number one plate, James although caught up by many of his illustrious compatriots, produced yet another accomplished, solid and consistent display, to finish a very respectable seventh.

Three top six finishes followed in the Monster Energy Supersport and Royal London 360 Superstock races, but the best was still to come.

The four lap Lightweight race, saw him a dynamite display on the Quattro Plant backed ER6 Kawasaki, as he secured his first TT victory.

His race win proved extremely popular with the thousands of spectators around the Mountain Course.

James stated after his tremendous feat:

“I’m speechless, that was awesome – the bike went perfect and the team has worked very hard. The competition may not be as strong as the other races but I loved every minute of that.”

Lightweight victory, was topped off by fourth position in the Senior race, finishing under a second off sealing another podium finish.

His lap speed on the final lap, of the blue riband race 131.386 mph, made him at the time, the fifth fastest rider in TT history.

TT 2014 provided him with more positive moments, which included leading at Glen Helen on lap 1 of the Superbike race, whilst second place in the Lightweight encounter, saw him keep up his stellar record of finishing at least second or better.

If there was a disappointment from TT 2014, it was that his anticipated challenge for podium finishes in the big bike encounters, did not unfold.

A fine third place finish in the RST Superbike race, was bettered in the six lap Pokerstars Senior TT, as he finished a fantastic second, lapping on the fourth and final lap at 132.414 mph, propelling him to the status of been, the third fastest rider in TT history.

Additional highlights from 2015, included setting a new lap record in the Lightweight class, lapping at 120.848 mph, on his way to a second successive second place finish.

He was also under the existing lap record, in finishing fourth in the Royal London 360 Superstock race. 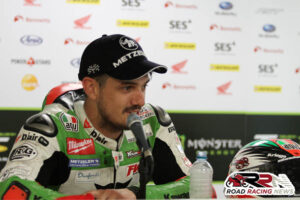 His most recent TT Races campaign, showcased once again why he is rated so highly by many.

A hat trick of top three finishes, including another second place in the Lightweight class, prompted ITV4 into dubbing him “Mr Consistency”. 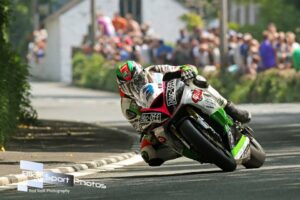 In my opinion this is a great way to describe his TT Races, record to date. Looking towards TT 2017 with JG Speedfit Kawasaki, although still run under the Bournemouth Kawasaki banner, he’s set to the Team Green challenge on the Isle of Man.

If it clicks together don’t be surprised to see James go the full race week, recording at least a podium finish or better, plus it would not surprise me if he laps at least in excess of 132.5 mph.

James Hillier has come on leaps, bounds and galaxies since his TT debut in 2008.

He has established himself in the modern era as one of the TT’s leading competitors, part of a select group of riders capable of winning on any day around the Mountain Course.

Looking to the future, in my opinion James has every chance of becoming a multiple TT winner, in particular via the Lightweight class.