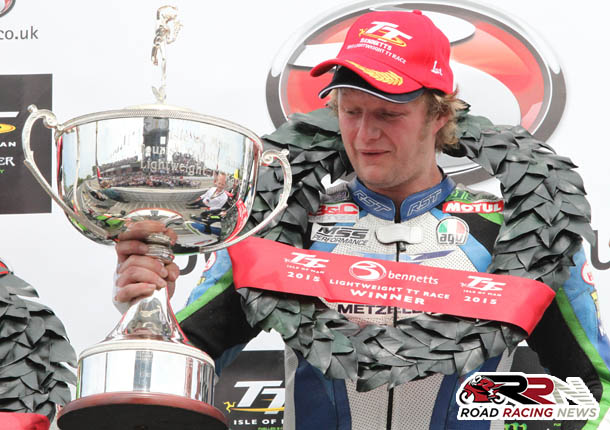 By Ballaugh Bridge Hillier’s lead increased to 1.709 seconds over Lintin as Farquhar was also in the mix in third as KMR Kawasaki team mate Lee Johnston held fourth place.

At Ramsey Hairpin it was all change for race lead as Ivan Lintin hit the front by 1.766 seconds over Ryan Farquhar now into second as James Hillier dropped back to third.

Lintin’s lead stretched to 2.753 seconds by the Bungalow as Farquhar, Hillier, Johnston where all closely matched in second, third, fourth places.

As lap one came to a conclusion Ivan Lintin’s lead was 2.132 seconds over Ryan Farquhar as both riders the pit lane for their pit stops.

Ryan Farquhar was a confirmed retirement at Cronkyvoddy as Ballaugh Bridge would see Ivan Lintin back into race lead by 1.101 seconds over Jamie Hamilton whilst James Hillier in third was showcasing his undoubted super twin’s quality.

Position’s within the top three remained the same at Ramsey Hairpin but the gap out front was widening as Lintin upped his advantage to 4.244 seconds.

At the Bungalow James Hillier was back into second place in front of Jamie Hamilton, Ivan Lintin upped his race lead to 4.645 seconds as he was proving why he is regarded as one of the leading 650 super twins riders in pure road racing.

By Cronk Ny Mona the gap out front was down to 3.871 seconds as James Hillier reduced Ivan Lintin’s race lead slightly down.

Glen Helen on the final lap provided Ivan Lintin with a race lead of 3.264 seconds, James Hillier in second was on a charge as he targeted his second lightweight TT victory.

Ramsey Hairpin would prove crucial in the outcome of who was going to win this fantastic race. Ivan Lintin upped his race lead to 4.943 seconds over James Hillier, the leading duo looked both set for the first 120 mph laps by super twins on the mountain course.

At the Bungalow Lintin’s lead was down to 3.873 seconds but it was back up to 4.038 seconds at Cronk Ny Mona, the RC Express Racing rider wasn’t far away from recording his first race win at TT Races. 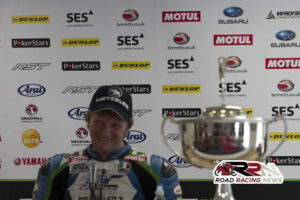 Ivan is now part of a select group of competitors to have been victorious at the most iconic of all road races, the Isle of Man TT.

James Hillier broke the lightweight TT lap record on the final lap with lap speed of 120.848 mph as he finished 3.875 seconds behind the race winner. 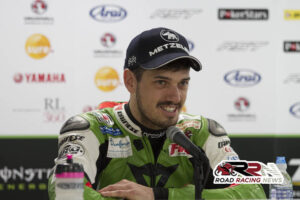 James continues his superb lightweight TT record, he’s the only rider to have finished on the podium in all lightweight TT races since the classes reincarnation in 2012.

Finishing a superb third was ILR Paton’s Michael Rutter who was delighted with his first TT Races podium finish since TT zero victory in 2013. 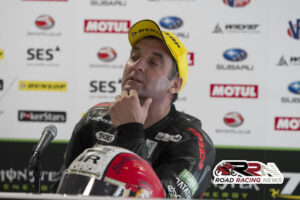 It’s been a dream of Ivan Lintin’s since he started racing to become a race winner at the Isle of Man TT. 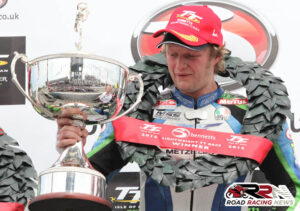 For RC Express Racing it’s their second consecutive lightweight TT success having been victorious in 2014 with Dean Harrison.

Plus its Ivan’s fourth international road race victory but without a doubt the biggest of them all.