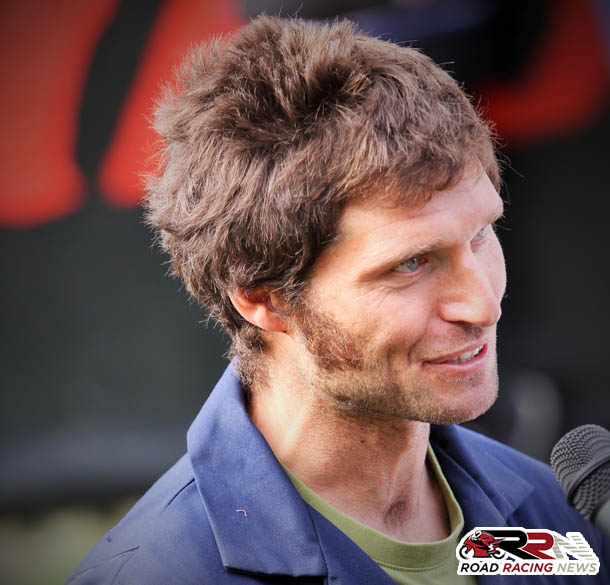 Guy Martin’s latest book titled Worms To Catch, showcases the tales behind Guy’s adventures throughout 2016, which have included bidding to become the fastest man on two wheels in the world.

Although he has not been competing on the roads this year, the book still carries a strong roads presence.

In one of the chapters, Guy states “I’ve Retired Racing, Racing Hasn’t Retired Me”. This clearly gives the indication that for the foreseeable future, the eight times Steve Henshaw International Gold Cup winner, won’t be returning to serious pure road racing competition.

He also goes onto state though, that during the Tour Divide cycle race, he checked on the internet, who had won this year’s Senior TT.

Congratulating Michael Dunlop on his race victory plus new outright lap record, it’s clear Guy is still a fan of the most famous road race in the world.

One of the most fascinating parts of the unique Worms To Catch book, is in the chapter titled I know I have a bad earth or two.

In this chapter he talks about his inner chimp called Brian, he states his companion in his mind, has been a lot more quiet this year, primarily cause of not competing at the major international road races.

Established as one of Britain’s most popular and well liked personalities on television, Guy Martin can only be described as a unique individual.

His countless world records, his drive for greater adventures, is part of his it has to be said, one off character.

Looking to the future, in my opinion we haven’t seen the last of Guy on the roads, but quite possibly we have at the TT Races, North West 200 and Ulster Grand Prix.

You can tell in the book, just how much he loves speed, he loves competition, so the healthy competitive nature is more than there, should he wish to return to international or national roads action, in years to come.

Set to make a highly anticipated return to roads action, at the Burt Munro Challenge on the 27th of November, his entry into the prestigious meeting in New Zealand, is sure to prove unbelievably popular with thousands and thousands of people.

In summing up Guy Martin Worms To Catch, from a pure road racing fans point of view, you will enjoy his fresh honesty on specific topics, plus it gives you an insight into why he hasn’t this year, in particular competed at the TT Races.

The best way to describe in full, the 19 times international road race winners latest book, is it’s a good read.