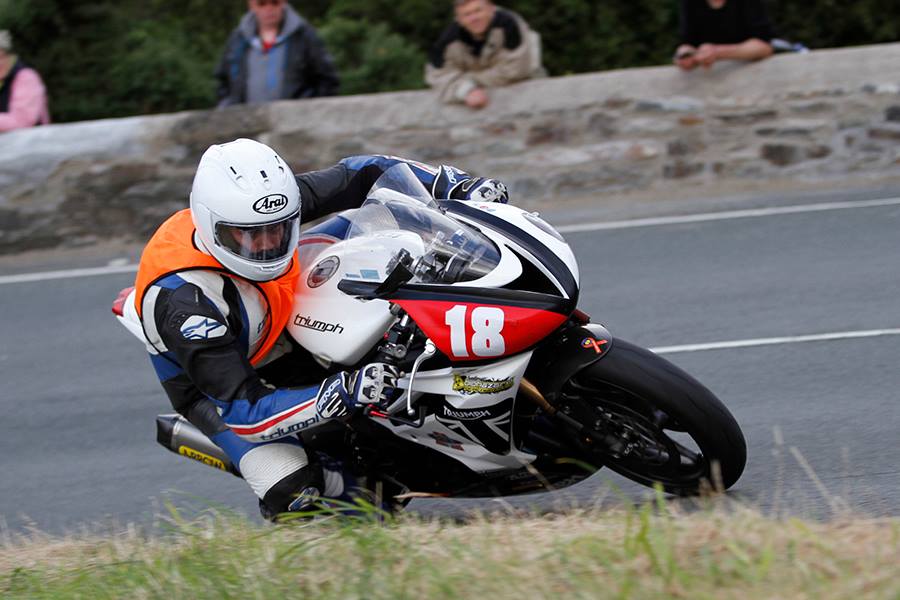 Having enjoyed his foray into road racing last year, Stuart McCann is looking forward to furthering his career on the roads again in 2018, by taking in all of the Irish roads beginning with the KDM Hire Cookstown 100.

This time last year at Cookstown, Stuart finished 12th in the Senior Support race. Starting in the third group, the Triumph technician managed to move up on corrected time to take 12th spot.

2017 saw McCann take part in four rounds of the Irish championships, along with the Manx Grand Prix, but intends changing that in 2018.

Keeping a sensible approach to his racing, Stuart is looking forward to getting back on the roads again, with a simple goal, to improve on his lap times of last season. 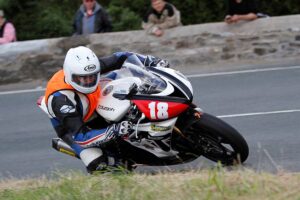 Stuart is a son of well known Commentator at the KDM Hire Cookstown 100, George McCann, reflecting back on his debut season on the roads, he stated:

“The biggest highlight of my career so far has to be my debut at the Manx GP last year. Crossing the line at the end of my first ever Mountain Course race, Newcomers A Race, was incredible.

And I achieved a replica as well. Adding to that my fastest lap of the fortnight coming on the last lap of the Senior at 109.76 mph.

It was a very special 2 weeks. At Cookstown this year I am entered in the Senior Support race, and will again be riding my Triumph Daytona 675, sponsored by GUS Commercials.

A big thank you to my loyal sponsors GUS Commercials, Mallusk for van hire, Triumph Special Operations (Lee Maggs) for my engine re-builds and tuning, Biohazard Performance for the dyno work, and Steve Caffyn of CSC Racing for all his advice and support.”