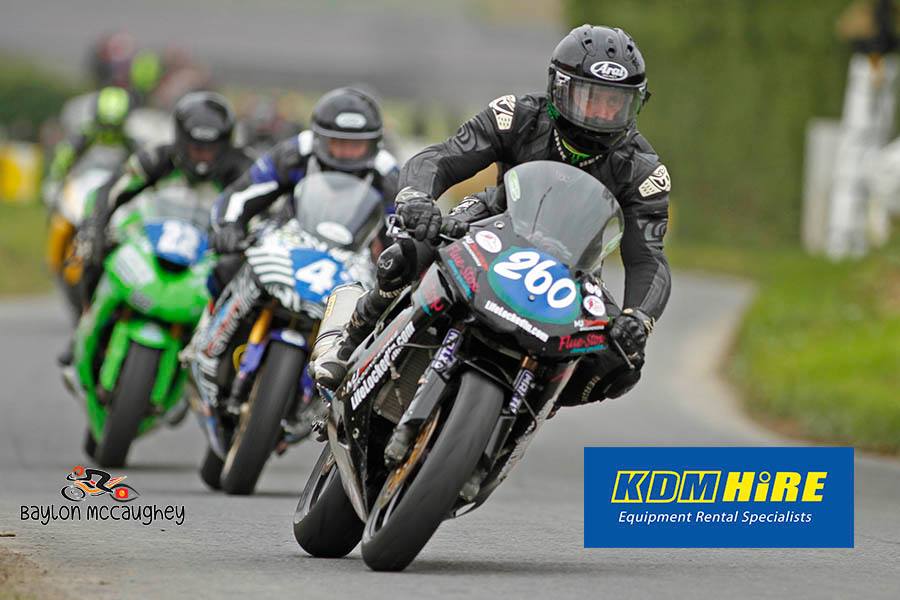 A road traffic accident on a road bike when visiting the Manx Grand Prix, prompted Preston rider Darren Cooper to give up riding on the roads, and head to the tracks, where, at least everyone is going the same way!

Since then, Darren has certainly proved that he had made the correct move, and has been pretty successful in his chosen direction since!

Cooper will make his KDM Hire Cookstown 100 debut on board the NW Racing BMW along with his own bikes under the Team DCR Banner. 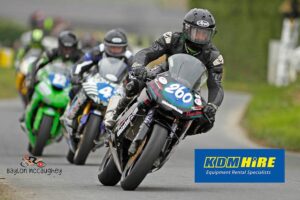 This is what the Preston newbie had to say ahead of his Cookstown debut:

“Thanks for inviting me for a wee chat, looking at the forthcoming season, my team, Team DCR is running 2 bikes, Kawasaki ZX6R and Kawasaki ER650 and we have teamed up with Noel Williamson’s NW Racing team based in Dublin to race their brand new BMW S1000RR.

In the team are 2 great former competitors of the racing world to help mechanic and mentor, they are Paul Owen and Stanley Gambles.

We are to compete at all the Irish Nationals, North West 200, TT and the Ulster GP. The first time I rode the NW Racing BMW was in Spain on the Barry Symmons Pro-Test. I lapped competitively straight away so we think a couple of Superstock races within the British Superbikes will possibly be on the cards this year, that obviously don’t clash with our schedule.

Also to add to my arsenal this year is the new title sponsor of JMC Mechanical and Electrical, based in Blackpool, an ever growing national company who have increased their input this year to take the main spot on our livery.

I’ve been racing since 2000 when an accident at the 1998 Manx GP on a road bike paved the way by means of compensation paying for me to purchase all I needed to get started.

In the early days of me racing I proved I could run with the top, with a 6th overall finish in the UK Grandslam Championship in 2003 which ran alongside the British Superbikes as a support class.

I then moved to British Supersport in 2004 on a brand new Yamaha R6 built and tuned by myself. With a best result that year of a 14th Place at Oulton Park.”

“2005 I continued with the British Supersport and the New Era Superclub. 2006 – 2012 I left racing to pursue a new business venture, purchase my first house and to do some travelling.

2013 I started with a new bike and competed at Scarborough Olivers Mount and a few Club races. 2014 I raced at the NW200 with 2 machines and the Ulster GP.

2015 I raced at the Ulster GP, along the way securing 125 mph lap, at the Manx GP I secured a podium in the Newcomers race and the best newcomer in the Junior race.

2016 I raced in the British Supersport at Oulton Park I was 7th fastest in free practice, but a silly crash and a mechanical ruined another point scoring opportunity. I was 4th in the Lightweight race and 7th in the Senior race with a 118.5 mph lap at the Manx GP.

During 2017 a now seasoned competitor at Olivers Mount with many podiums in the Supertwin class and the Junior class, a point scoring ride in the Ducati Tri-Options Cup within the British Superbikes series.

Plus a win at the Manx GP on the Supertwin, along the way setting a new lap record of 114.2 mph, and a 2nd place in the Junior race with a 120+mph lap.

I believe my race times would have been good enough for top 10 finishes for the Lightweight TT race and top 20-25 in the TT Supersport races. I’ve raced in many club races over the years, securing many wins and podiums I never really shy out of the top few whatever I do.

I’ve raced at Skerries, recording a 2nd place finish last year in the Junior support class. I qualified at Kells in 2016, 2nd for the Senior support race I think, but didn’t race because of the weather.

Looking forward to meeting you guys at Cookstown. Best wishes to all involved at this meeting.”