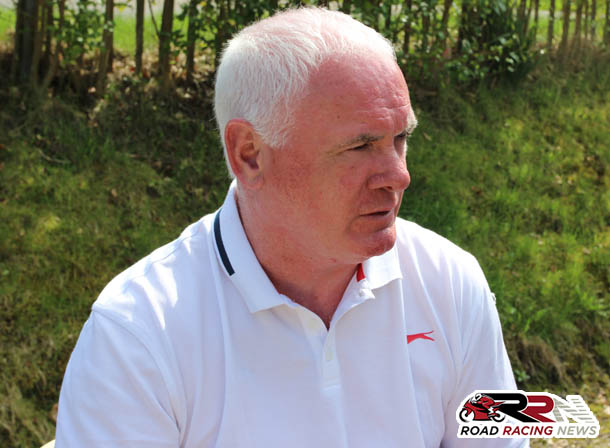 In the final part of my interview from last Saturday, with long term Road Racing Ireland editor Leslie Moore, I gained his thoughts on a range of modern day closed roads topics.

With the international roads season, just weeks away from beginning, it was interesting to gain Leslie’s opinion on who by the time of TT 2018, will be in prime position to contend for Superbike/Senior race honours.

Leslie’s viewpoint on this, is as follows:

It’s going to be very interesting, for Peter Hickman and Dean Harrison, to challenge Michael Dunlop, can they raise their game. If they go head to head, can Hickman take 20 seconds off his previous PB lap speed, can Dean Harrison improve by 20 seconds.

I would love to see Hickman/Harrison win races at the TT, but I fear that they might only win them, if Michael Dunlop breaks down, without that sounding like being a big Michael Dunlop supporter, if they go head to head, they have to raise their game, were as Michael doesn’t.”

Adding his opinion, on the chances of John McGuinness, currently sidelined through injury, contending again for Superbike TT success in the near future, he stated:

Cause again two years ago, he said at the Senior TT press conference, with Michael taking the lap record up to 133, he had given at that stage his best shot and was still in the 132’s, so even without the leg injury, John would have been struggling on the big bikes.”

My penultimate question to Leslie, involved gaining his perspective on what he would like to see change in the Irish roads scene. 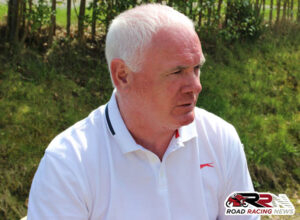 “What we do need is the promoters to work more strongly together, they all treat there wee event as there wee event and nobody is allowed to come into it, and sometimes they don’t go out of their way to help other events.

I think they need to brought together more, a more working group together. Especially for the likes of foreign visitors or visitors from Great Britain, they know that there’s going to be the same continuity with entries and stuff, all through the year.

They work very well of the safety aspect of it, they all have the same high standard, it’s just the organisation, race secretaries, that type of thing, I think there should be a better understanding, a working relationship.”

After speaking about a collection of wide ranging topics, I concluded my in depth conversation with Leslie, by asking his opinion, about how feasible a world series or roads world championship, would be in the near future.

“They tried it recently, it was very interesting, not one of the Irish events was to be included in it, which I found very hard, when Ireland is and still is, the hub of road racing, that it was’nt going to be included in the world championship.

I think we could go back to the old Formula 1 days, were we could have six rounds at European races, but not a world championship, taking in rounds in Canada and New Zealand.

We could certainly have a round in Ireland, the Isle of Man, Assen, Spa still half a road race, not 100 percent sure but if I think if some work was done, the Czech Republic races, Finland, events like that.

Whether they want to call it world or European, I think there’s an opportunity there, if they can do a series, that can be covered on TV and stuff like that.”

So do they want to get involved in something like this, I would think there would be serious doubts there.”