The open race at this years Cookstown 100 in good conditions all round. Derek Sheils got the holeshot on the CD racing ZX10 Kawasaki superbike and lead at the end of lap 1 from Derek Mcgee, William Dunlop, Michael Dunlop and Jamie Hamilton. On lap 2 Jamie Hamilton moved into second place with Michael Dunlop now back in fifth, out front positions remained the same but Sheils was quickly pulling out a lead over Mcgee in second place.

By lap 3 Derek Sheils had a 3 second lead and from there maintained a good pace to win the 2014 open race at Cookstown 100. A perfect start to the season for Derek having won supersport invitational race yesterday, Derek Mcgee also competing on a ZX10 Kawasaki superbike finished in second place only 0.7 of a second behind having rode a fine race. 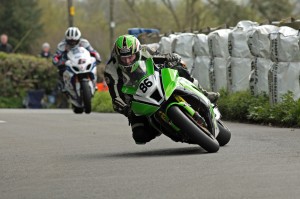 Shaun Anderson who has start number 22 came home in 11th place on CN Management backed GSX-R 1000 Suzuki. Connor Behan was leading supersport 600 mounted rider, Connor competing for KMR Kawasaki finished in a highly respectable 12th place. Michael Dunlop was a retirement during the race, Michael competing in his first race on his teams superstock S1000RR BMW was running in the top five during the race before mechanical issues struck. 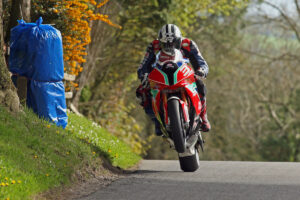