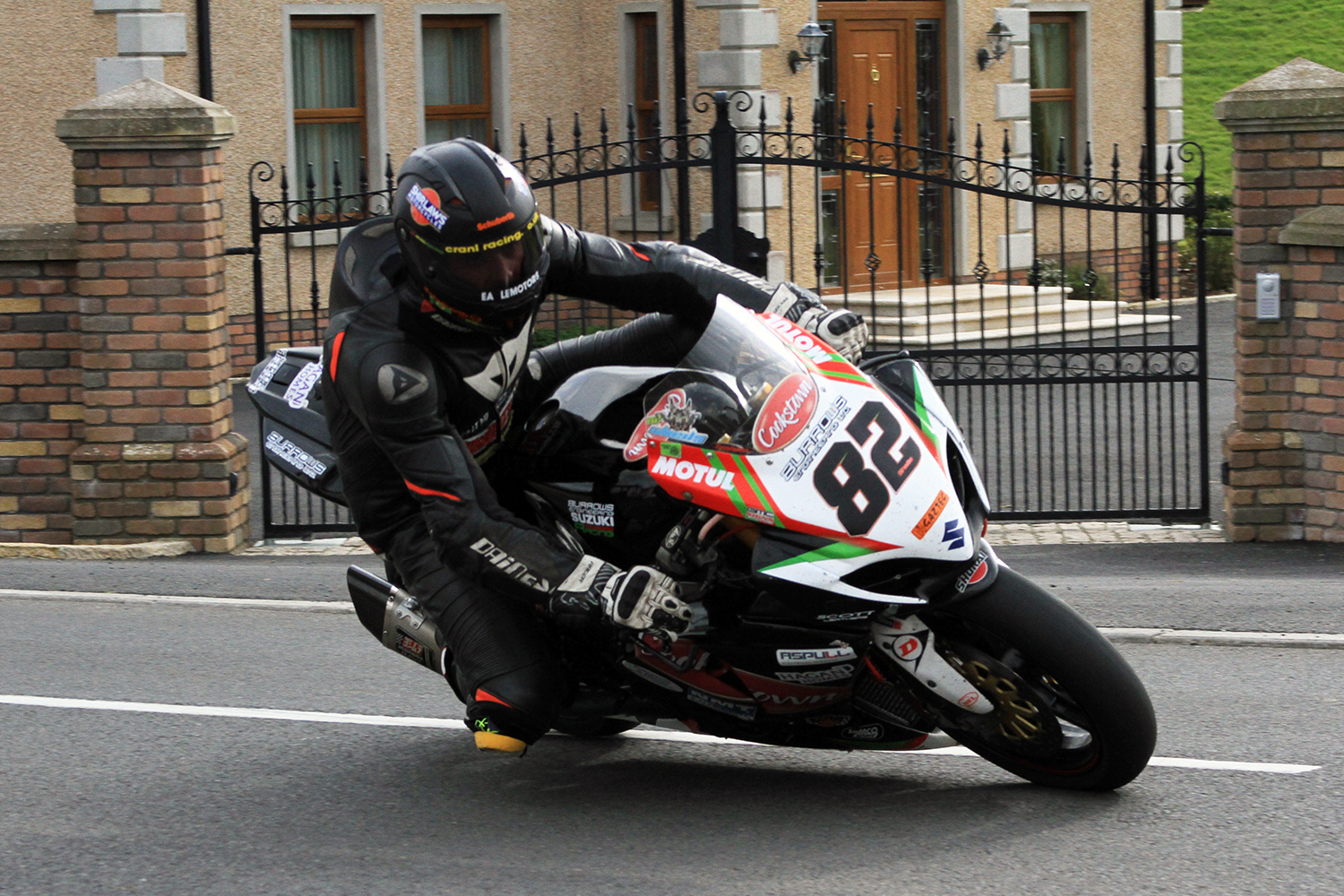 Cookstown BE Racing’s Derek Sheils has wrapped up pole position for the open superbike and grand final races, at the 2016 KDM Hire Cookstown 100.

The 2013 Irish road race superbike champion lapped at 1 minute 25.955 seconds, to finish quickest by almost a second, over his nearest challenger in qualifying Derek McGee, on the Noel Williamson Racing S1000RR BMW.

Third fastest was Michael Sweeney, who is amongst the most in form riders on the roads, illustrated by his current position of second in the Duke Road Race Rankings championship.

Brian McCormack a late entrant to Cookstown, opened his roads season in fine style, by finishing fourth fastest, as he lead the Honda challenge.

Fifth quickest behind Brian and the TAG Racing/VTL Honda, was William Dunlop, who enjoyed a victorious start to his 2016 pure road racing campaign last weekend, following supersport success at the Tandragee 100.

Cookstown 100 newcomer Malachi Mitchell Thomas finished a more than creditable sixth in qualifying, as he continues to showcase his undoubted natural talent, in his debut Irish road racing season.

Cookstown 100 – Qualifying Results Round Up