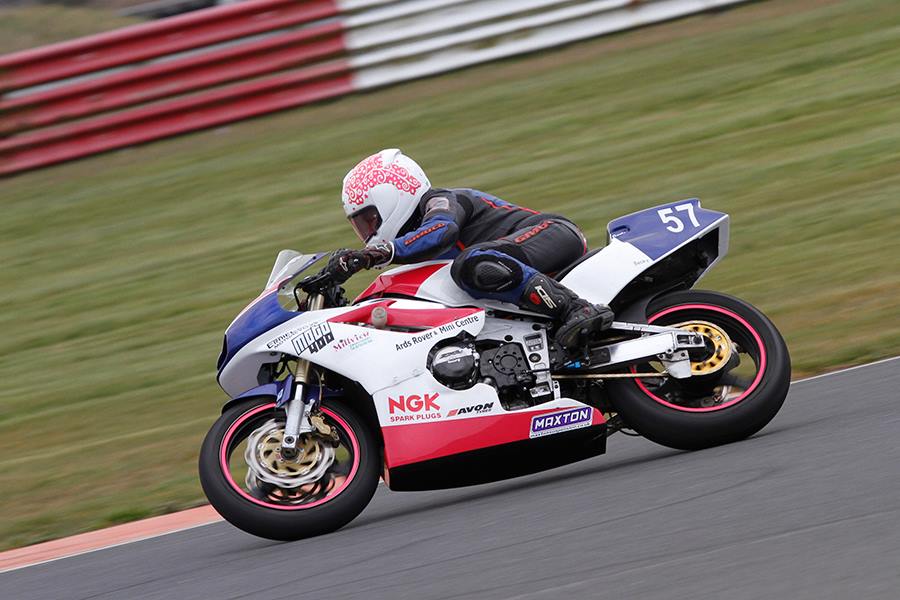 Former equestrian competitor, Yvonne Montgomery now gets her kicks from racing motorcycles between the hedges.

Returning to the KDM Hire Cookstown 100 again, I recently spoke to Yvonne to see how her preparations were coming on for the season ahead.

“The Cookstown 100 is a great opening to the Road Racing season with a little bit of everything, jumps, fast straights and the twisty bits.

This year at the Cookstown 100 I will be racing in three classes. My 1989 Kawasaki ZXR400 #57 will compete in the Junior Support and Supersport 400.

In the Senior Support I will be racing my 2007 Suzuki GSXR 600 #34. These bikes are mighty craic and the 600 really focuses your attention around the twisty section of the Cookstown 100.

I find the 400 easier to ride as it’s much lighter but the 600 is the one which really gives me a great feeling of achievement – when all goes according to plan!!

I had a major crash last July and have only gotten back into training in February, as there were ongoing difficulties with some of the healing processes.

Now that I am into my 60’s it is not as easy getting back to the level of fitness after my enforced rest compared to the younger competitors, but I still have plenty of determination to compete at the Ulster Road Races in 2018. I am looking forward to April 27 & 28 when I should be ready to take on the course and give it my all.” 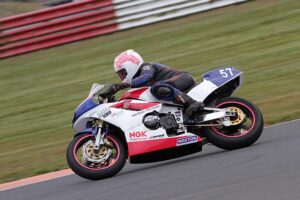 “The highlight of my career to date has to be my personal achievements at 2017 Ulster Grand Prix. Racing my ZXR 400, I had a personal best with my fastest speed of 135 mph and on Saturday had a lap average of over 100 mph.

On its own this is not that remarkable until you realise that 7 weeks previously, I was in hospital with several fractures of my pelvis.

During a racing incident at Skerries I was flung high into the air and landed doing the splits. Thankfully I was unconscious when this happened but when I came around the pain was unreal.

I was badly hurt and my ZXR 400 was totalled with all of the front end destroyed and the frame cracked. It was only two weeks before the Ulster GP, that I made the decision to race as I was still having trouble walking.

The fact that we needed to build a new bike gave me a focus on something other than my pain, so I was out in the garage stripping the paint off a spare frame ready to get the engine in.

My grateful thanks to fellow competitors who helped me with yokes, forks, clocks, etc to get the 400 built and ready to race. The drive and determination not only to get back racing at the Ulster GP, but then to achieve personal bests is something I will remember forever. Make no mistake about it, the girls that race are made of tough stuff!”