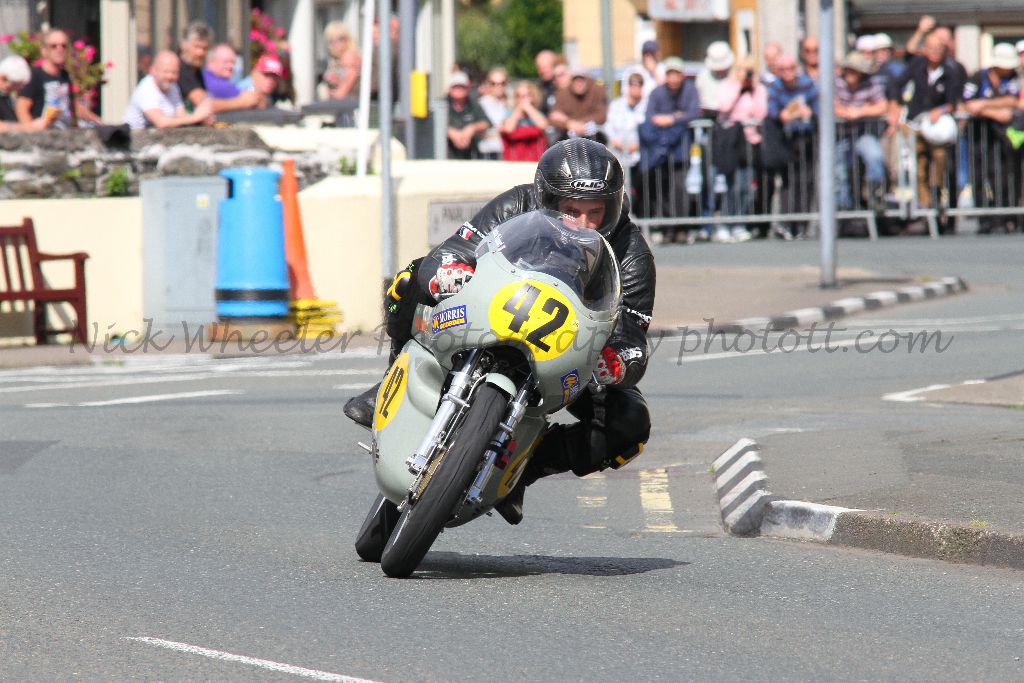 The Frenchman’s answers to the popular series of questions, are as follows:

“I have raced mainly in Europe so my favourite track is Gedinne, in Belgium. I would love to race there on a 400 but unfortunately it clashes with the Manx GP.”

“I really like lightweight GP bikes so it has to be the Honda RS 125, only though because I have never tried a 250!”

“The atmosphere and thrill of competition on the roads courses. The roads fraternity are sharing something all together; riders, marshals and spectators.” 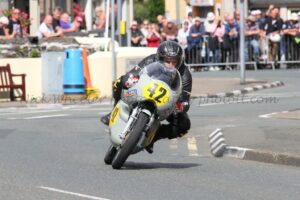 “The Mountain Course is the only one I have raced at so far, Ulster GP looks a great meeting to compete at.”

“Alex Sinclair, we have been racing against each other for a few years now.”

“My 2nd place in the 2014 Newcomers C Manx GP. I led for 2 laps but I had to pit for the 3rd lap, and James Caswell-Cox got past me on the time sheets via having a bigger fuel tank. What I should have done!”

“Even if I’ve never been there, it would have to be a Mediterranean Island, to replicate the Isle of Man in a sunny and great place. It would be good to swim in the sea and then go and practice at night.”

“The Dunlop’s, fast on anything.”

“I’d say Supersport, due to it been a lighter bike.”

“Fastest lap any time. Pole makes for good pictures, but fastest lap means more to me, I tend to up the pace when it comes to race action.”