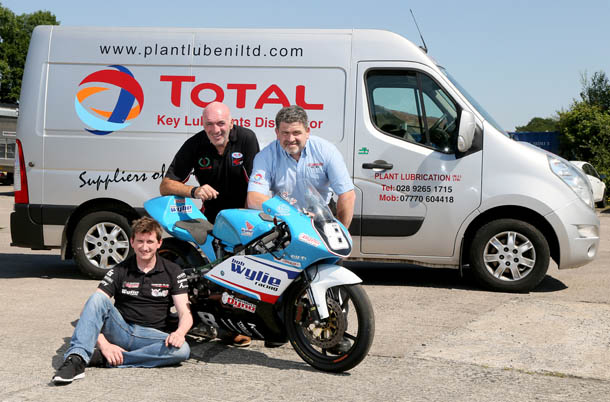 Bob Wylie Racing’s Christian Elkin is targeting at minimum one Supersport rostrum finish, at the MCE Insurance Ulster Grand Prix, as he switches from 675 Daytona Triumph machinery to a brand new ZX-6R Kawasaki.

A proven front runner within the Ultra Lightweight class, plus a regular contender for Super Twins podium finishes, he’s confident that his Moto 3/650 mounts are the correct packages, to provide him with a great chance of more international road race success.

Perhaps most known for the memorable 250 race at the North West 200 in 2008, when he was embroiled in a thrilling battle with Michael Dunlop and John McGuinness, it’s the Ulster GP which now takes priority each season for Christian. 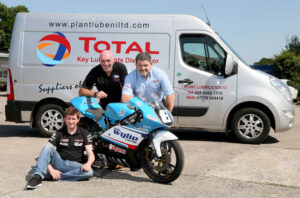 Speaking about his latest upcoming voyages around Dundrod, he said:

“Preparations for Dundrod are going great, I’ve got my Dynocentre NI ER650 Super Twin and I’ve got Bob Wylie’s Moto 3 Honda so I’m looking forward to riding both of them.

I’m feeling fairly confident with both of those bikes but I’m especially excited about the Supersport as we’ve traded in the Triumph for a nice new Kawasaki ZX-6R. It’s still early enough in the developments but it will be up to speed for Dundrod.

I was within the top 10 in both Supersport races last year, with 8th my best position but I’m looking to go better this year to be honest.

There will be a lot of competition but I plan to give it my best shot, I’d love to be in the top three, but I’d take top five as an improvement.

The main event for me every year is the Ulster Grand Prix but I’ll admit it is a struggle coming up against the factory teams as we just don’t have the same funds, we have one bike and one engine. One shot to get it right!

I love the track, it’s my favourite by far. It’s a mix of everything, it’s fast flowing corners that you’re proper tucked in, flat out top gear corners, there’s hairpins, there’s jumps with the Deer’s Leap, it’s just awesome.”

A great stalwart of two stroke machinery, Christian is delighted to see the Lightweight class on the roads growing for the first time in a while, largely due to a further influx of Moto 3 steeds.

“The Lightweight class is definitely growing slightly now, there used to be two or three Moto 3 bikes in Northern Ireland, now, there’s about 12 now and there’s boys that are coming over here from GB and further afield with their Moto 3 so I would think that’s going to keep increasing because the price of the bikes are coming down.

The news that Anstey is bringing the 250 to Dundrod for the first time this year is a big boost for the smaller classes too, it’s quite exciting but I’d say he’ll be pretty much untouchable out there!”

“The entry list for both events is pretty interesting this year. We have more newcomers than ever before, which is great, and I think we’ll also see a field that is more open than ever for challengers to claim their place in Grand Prix history.

Christian seems quietly confident about his new 600 machinery and he’ll have two chances to prove himself, with both the Barron Transport and Centra Whitemountain Supersport races.

Thanks also to our mutual sponsor, Plant Lubrication (NI) for their continued backing of the MCE Ulster Grand Prix.”